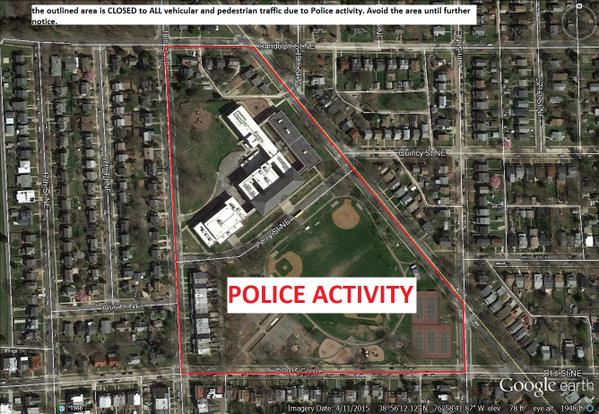 MPD reports just before 11am:

“UPDATE: The following streets are closed due to police activity:

“Detectives from the Metropolitan Police Department’s Homicide Branch are investigating a homicide which occurred in the 3700 block of 18th Street, Northeast, where on Friday, August 21, 2015, at approximately 10:15 am, members of the Fifth District responded to a call for a shooting. Upon arrival, they found an adult female suffering from an apparent gunshot wound. DC Fire and Emergency Medical Services responded to the scene and found no signs of life. The victim was pronounced dead on the scene and transported to the Office of the Chief Medical Examiner.

The decedent’s identity is being withheld pending positive identification.”