To end the day with some bittersweet news:

“Today, the Newseum announced it will acquire the set of “The Daily Show with Jon Stewart” following Stewart’s final appearance as host of the late-night television program on Thursday, Aug. 6. The donation, which will become part of the Newseum’s collection for future display, comes as Stewart signs off after 16 years hosting the popular show, which often blurred the lines between news, satire and comedy.

Stewart began hosting the show in 1999 and quickly generated a loyal following among a new generation of news consumers who identified with his sharp-witted humor. Quick to poke fun at politicians, newsmakers and authors, Stewart also made the news media a frequent target of his barbs.” 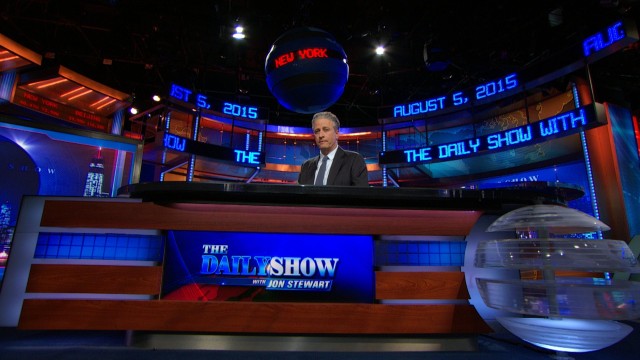