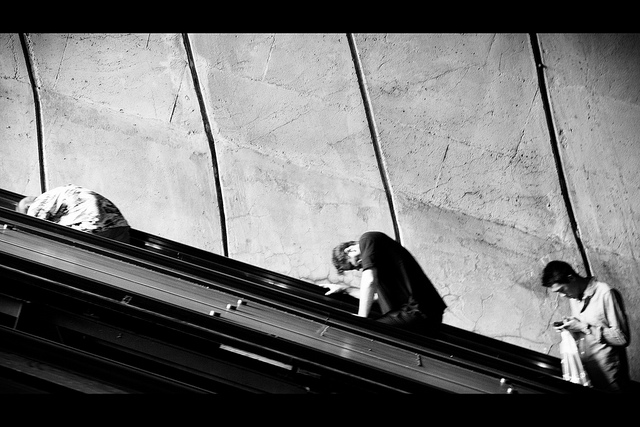 The Pain is Real: Your Metro Commute is Getting Worse

Last Thursday Metro sent a subtle signal that maybe I should take a day off. Unfortunately my boss felt otherwise. What started as a ‘minor’ derailment became two days of Metro competing with walking for the slowest way to get anywhere. It was bad and feels like part of a larger decline in Metro service. I was curious if that actually bore out in the data. Not only did it, but the decline is even more dramatic than I would’ve guessed. 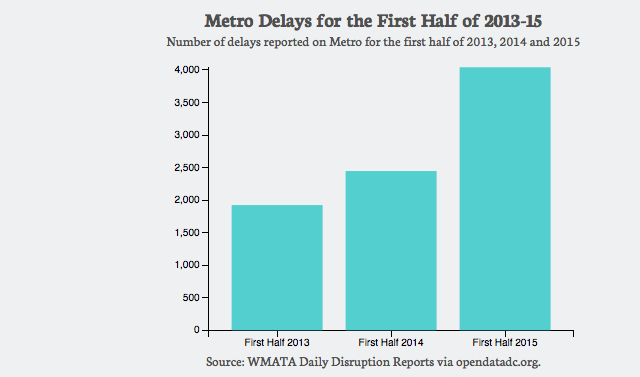 The first half of 2015 had nearly twice as many delays compared to the same period in the past two years. Year to date Metro delays total over eighteen days. This is two and a half weeks. You could spend all your vacation days waiting for the Metro and still be waiting. This increase is partly due to a spike in delays this winter, but the spring and summer saw worse service as well. 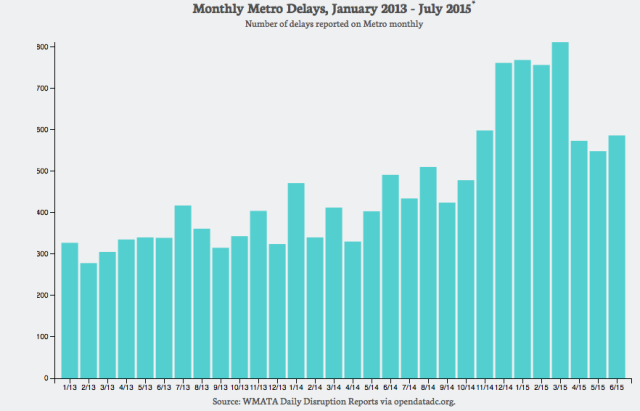 It’d be nice if all these delays happened in the early hours of Sunday morning, since so many have long given up on taking the Metro anywhere on weekends. But the Metro is most likely to be delayed when you need it most. The heatmap below shows that delays are heavily concentrated just before and during commuting hours. Of course WMATA *tries* to run twice as many trains during rush hour. But there are more delays per train during that hour as well. Afterall, the benefit of more trains is debatable when you wait ten minutes for three trains to arrive at once. 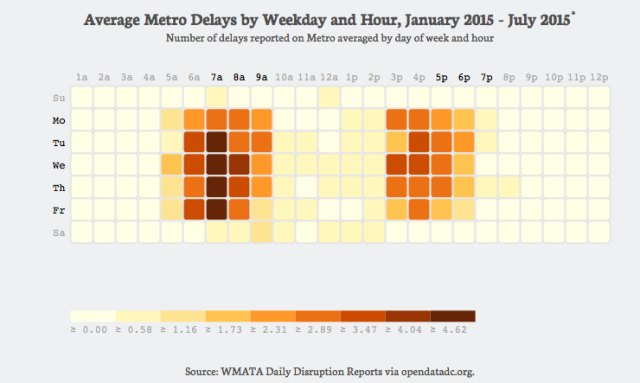 I’m not sure how Metro will improve with all the money it doesn’t have, but on the upside there are only more delays, not longer delays. And on an (un)related note DC keeps expanding bike lanes…

Technical notes: Graphics are based on WMATA Disruption reports. Code for DC has wonderfully scraped these reports in easy-to-analyze CSV files at opendatadc.org. You can find complete code for this post on my github page.

*Data for July 2015 only goes to July 24th. So the numbers are likely even worse!

more stories
Previous
From the Forum – Legality of “free” marijuana with a t-shirt purchase?
Next
Today’s Rental is a 1 bed/1 bath for $1725 in Cleveland Park