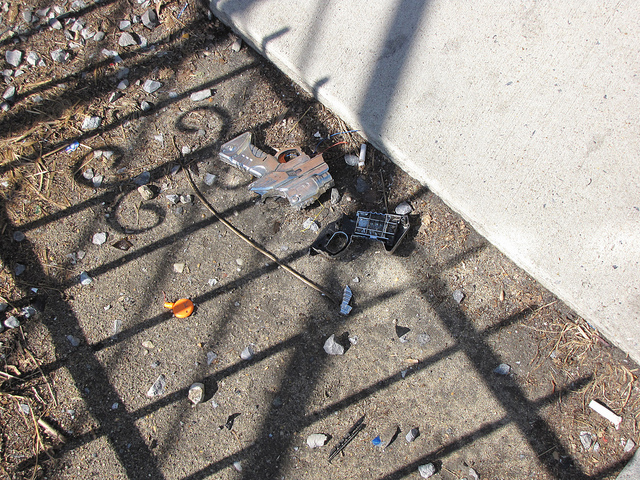 “Since Friday night MPD has recovered 21 illegal guns across the city. 16 arrests made for illegal gun possession.”

“At approximately 10 pm [Saturday], MPD officers conducted a traffic stop on a vehicle in the 2300 block of 18th Street, NW [Adams Morgan], as the driver was not wearing a seatbelt. It was determined that a loaded handgun was accessible to both the driver and passenger. They were both placed under arrest.”

“This evening at approximately 2225 hours officers heard the sound of gunshots in the area of the 1200 vlock of Simms Place, NE. The officers were deployed to the Trinidad area as part of Chief Lanier’s All Hands on Deck Initiative. The officers quickly alerted other officers as numerous individuals were observed fleeing the area. Members of the Fifth District’s Crime Suppression Team quickly identified an individual acting suspicious as he fled the area. Crime Suppression Team members, along with Fifth District Patrol officers, stopped the individual in the 1300 block of Childress Street, NE, following a foot chase. A loaded handgun was recovered and the individual was placed under arrest. He was charged with Carrying a Pistol Without a License. Officers canvassing the area of the 1200 block of Simms Place, NE, located and recovered two additional loaded handguns. Thankfully, no one was injuried as the result of the reckless act of firing a weapon in our community. The quick actions, keen observations and outstanding communication among the officers led to the recovery of three handguns and one arrest of an adult male. Outstanding work by all of the officers!!!”

“An adult male reported that, at about 11:46 P.M. on Sunday, August 30th, he was approached by two male subjects at 13th and Clifton Streets, NW. One of the subjects displayed a handgun and the pair demanded the complainant’s belongings. The complainant refused to comply and fled. He subsequently called 9-1-1 and gave a description of the two suspects. Upon hearing the description broadcast by the dispatcher, numerous 3D units began to canvass the area for the suspects.

Within minutes, two subjects matching the suspects’ descriptions were stopped by Focus Beat Officers D. Buerster and H. Sarin at 11th and U Streets, NW, and a BB Gun was recovered from one of them. The complainant and a witness to the offense were transported to the scene, and the suspects were positively identified as the perpetrators of the attempted robbery. The arrestees, both 15-year-old males from Washington, D.C., were placed under arrest and transported to the Juvenile Processing Center.”

“Good afternoon all ….sorry it took me a while to compile this information but I want to send further information on how the Patrol Districts combat violent crime such as robberies, felony assaults, shootings and also citizen complaints that are brought to the attention of the commander…this is in addition to the support that the Chief of Police has provided via specialized units and the patrol support teams…..

Each district has an established Crime Suppression Team composed of ten to sixteen uniformed officers that address specific issues that the commander focuses on …. Since June these units have been able to

Seized/Recovered hundreds of grams of Marijuana, Cocaine, Heroin and PCP”