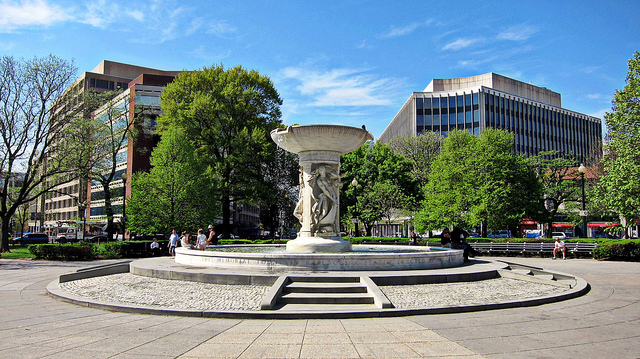 “It would be great to see more of a police presence around Dupont Circle Park, just to patrol the area for public safety issues. Today [Sunday] alone I saw a group of people openly smoking pot, a man from that group later masturbated while watching my friends and I, and after we moved to another spot two men came over and loudly harassed and threatened us until we left the park. This was in the space of 2 hours and not at all out of the ordinary, frankly. I don’t feel safe in the park in broad daylight and I’m sure I’m not the only one.”

“Thank you for sharing and we will assist. In instances as described please call 911 for an immediate police response. I will also pass this information along to the United States Park Police.”