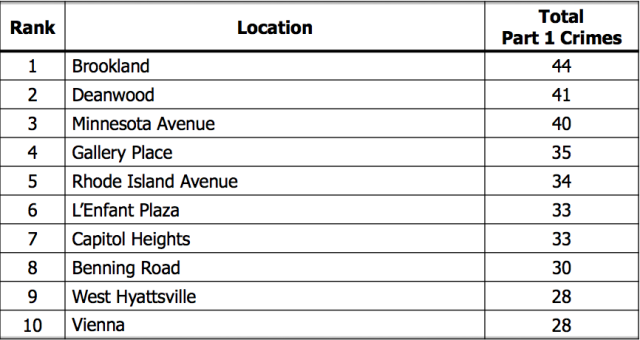 Top 10 Most Crime All Stations

Here are the result of the WMATA Quarterly Crime Report:

The program identifies eight common Part I Crimes, murder, rape, robbery, aggravated assault, burglary, motor vehicle theft, larceny-theft, and arson, and two additional crimes involving human trafficking
(commercial sex acts and involuntary servitude), to be considered indicators of the level of crime occurring in jurisdictions. Reports of Part I Crimes have been consistently reported to our customers for many years.

Overall Part I crimes against property increased by 6.8% in 2013 attributed to an increase in the thefts of cell phones and bicycles. ”

You can read the full report here. 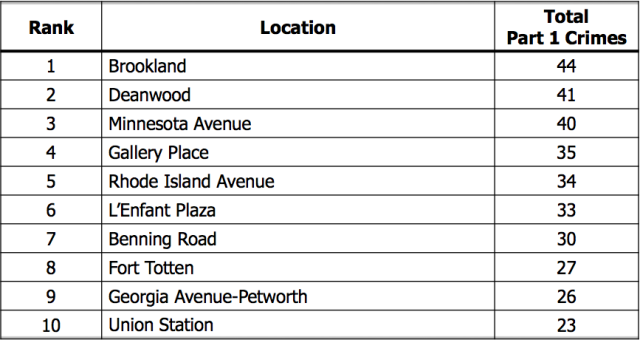 Maryland and Virginia Stations after the jump. 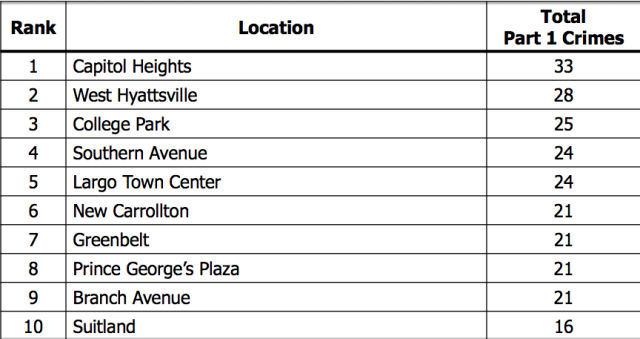 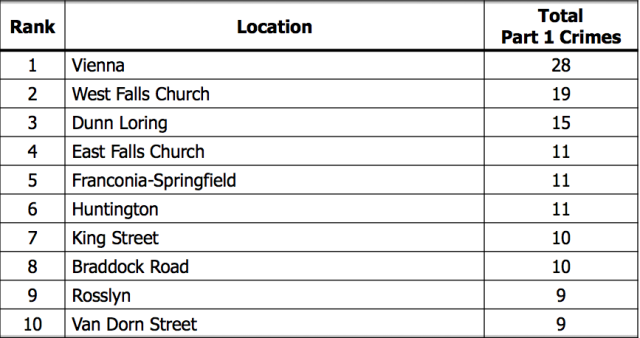