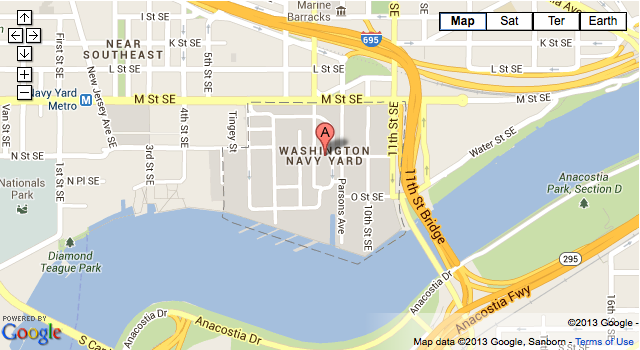 “Regarding the incident at the Navy Yard, Family members and friends looking for loved ones who work in or around the Washington Navy Yard facility SHOULD NOT approach the scene.

“Officials confirm there are at least 2 shooters at the Washington Navy Yard; at least 1 shooter is down.”

From a US Navy press release:

“An active shooter was reported inside the Naval Sea Systems Command Headquarters building (Bldg. 197) on the Washington Navy Yard at 8:20 a.m. (Eastern Time).

There is one confirmed injury. Emergency personnel are on scene and a “shelter in place” order has been issued for Navy Yard personnel.

The Naval Sea Systems Command’s headquartes is the work place for about 3,000 people.

Naval Sea Systems Command (NAVSEA) is the largest of the Navy’s five system commands. With a fiscal year budget of nearly $30 billion, NAVSEA accounts for one quarter of the Navy’s entire budget. With a force of 60,000 civilian, military and contract support personnel, NAVSEA engineers, builds, buys and maintains the Navy’s ships and submarines and their combat systems.”

Photo from NJ and M St, SE around 9am by ‏@timjhogan: 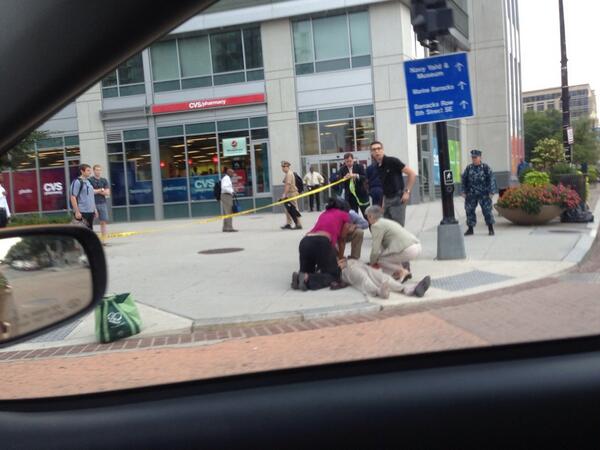 “Update: Navy Yard-Report of officer down, being removed from building-unknown injuries”

“National Airport is not allowing any flights out at this time due to the Navy Yard incident.”