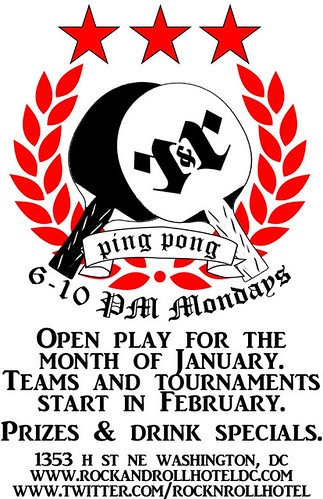 “Monday January 4, 2010 will see the launch of the new weekly event creatively named, Rock & Roll Ping Pong. Ping Pong will be played from 6pm – 10pm every Monday at Rock & Roll Hotel, located at 1353 H St NE.
In January, it will be first come, first serve open tables. Leagues and Tournaments are scheduled to take place starting in February. 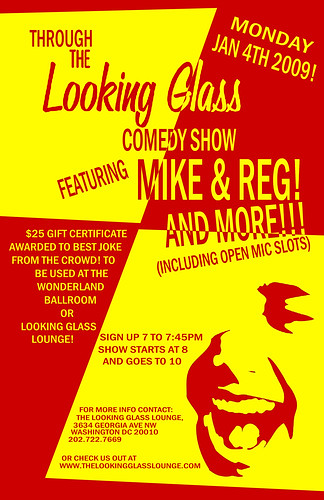 “We’re looking to tell jokes again this Monday night (Jan. 4) at the Looking Glass Lounge for what is believed to be Petworth’s only weekly comedy night.

Again, it’s at the Looking Glass Lounge, one block south of the Petworth Metro stop on Georgia Avenue.

$25 gift certificate to the winner of the the best joke from the crowd contest!”