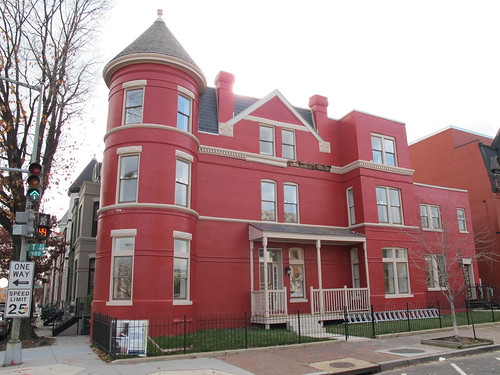 It’s nice to see the building at 9th and T Streets, NW all fixed up again. This building had been in disrepair for many years. It is interesting to note that this building is of historical significance as well. Cultural Tourism DC says:

The Washington Conservatory of Music and School of Expression, founded in 1903 by concert pianist and educator Harriet Gibbs Marshall (1868-1941), was one of the city’s earliest institutions promoting the arts for children and adults. Marshall worked to inspire and train African American musicians and to encourage them to create and embrace their own heritage of concert music…

The Conservatory began to decline after Marshall’s death in 1941, and it closed in 1960. In 2004 the building is in disrepair.”

The renovation will feature condos. Sad that the school had to close but I’m happy the property has finally been fixed up. 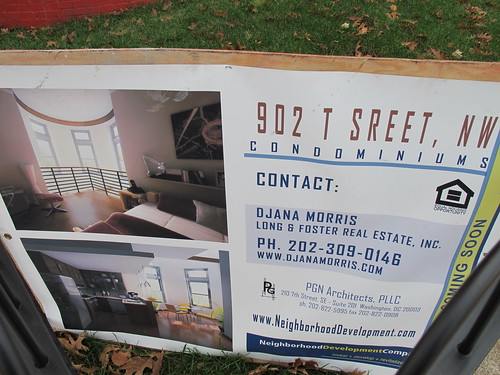