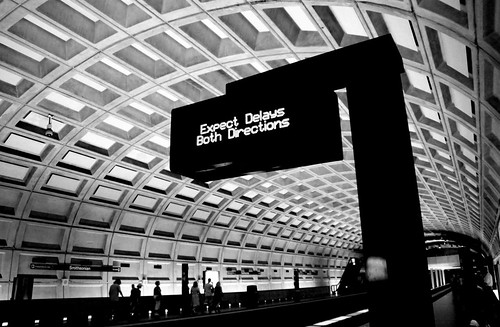 A six-car train struck the rear of a parked train inside Metrorail’s West Falls Church Rail Yard today (Nov. 29) at 4:27 a.m. Three employees sustained minor, non life-threatening injuries and were taken to a nearby hospital. No customers were on board the trains.

As train number 902 was pulling into the rail yard it struck the last car of a six-car train that was parked in the yard. Two employees were on board the parked train cleaning it to prepare it for service when it was hit. The parked train had no identification number assigned to it because it was not in service. Trains are assigned an identification number when they are about to go into service.

Metro officials are conducting an investigation into the incident to determine why the accident took place.