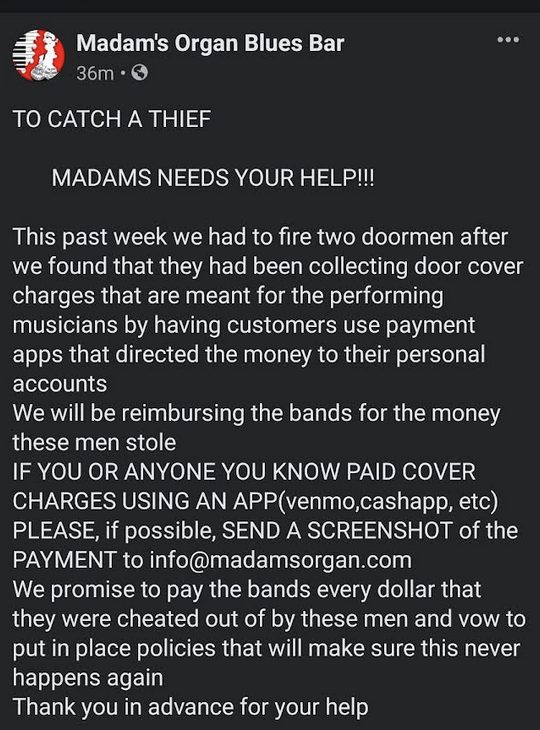 I was wondering if you wouldn’t mind posting the Facebook post that Madam’s Organ just put up. I’m a musician who plays at the club a couple of days a week and they just discovered a racket where the doorman were stealing the cover charges that go to musicians by having customers pay the cover charge to their personal venmo.

It’s actually a pretty big scandal and a lot of us musicians who rely on gigs to make a living were affected.

I have attached a screenshot of the post that explains it. I think that putting it on your blog would get a lot of exposure and we can find out an idea of how much money the musicians lost.” 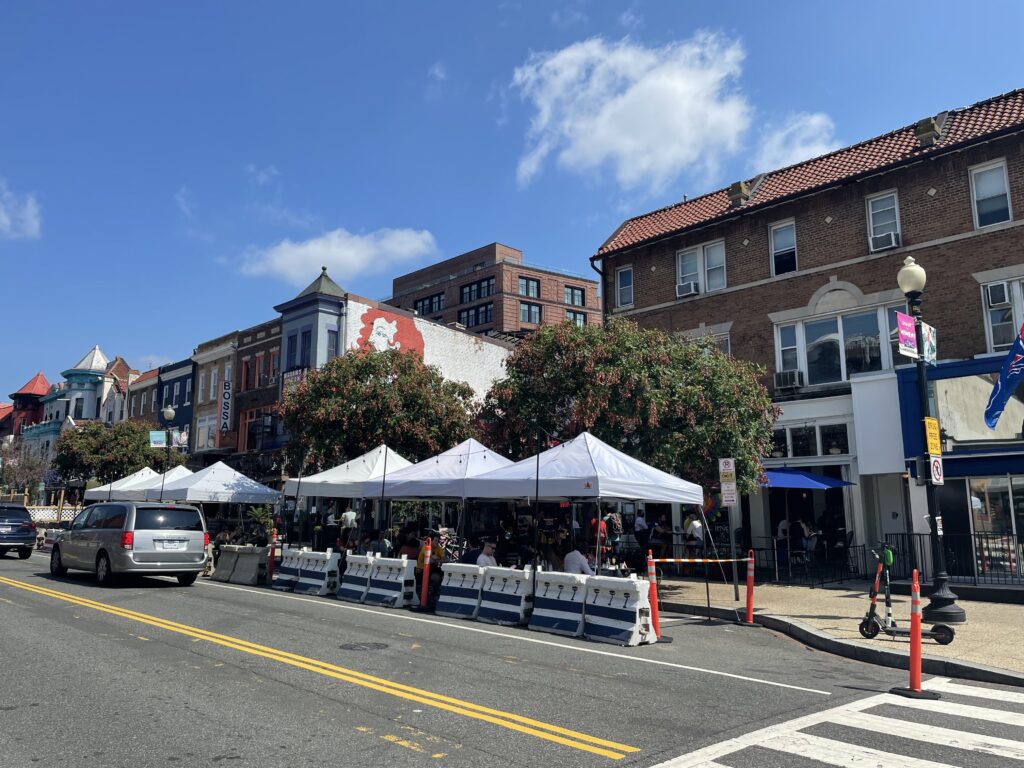 “TO CATCH A THIEF
MADAMS NEEDS YOUR HELP!!!

This past week we had to fire two doormen after we found that they had been collecting door cover charges that are meant for the performing musicians by having customers use payment apps that directed the money to their personal accounts
We will be reimbursing the bands for the money these men stole
IF YOU OR ANYONE YOU KNOW PAID COVER CHARGES USING AN APP(venmo,cashapp, etc)
PLEASE, if possible, SEND A SCREENSHOT of the PAYMENT to [email protected]
We promise to pay the bands every dollar that they were cheated out of by these men and vow to put in place policies that will make sure this never happens again

Thank you in advance for your help”

Read more →
More Stories
“After my time expires for a spot with a two-hour sign, can I move to another spot on the SAME street?”Beautiful New Murals near Navy Yard