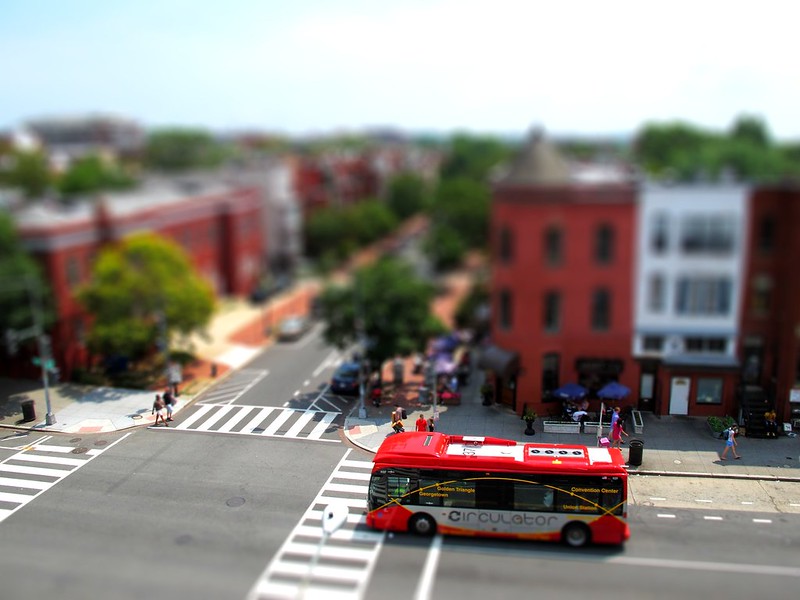 “Mayor Muriel Bowser and the District Department of Transportation (DDOT) announced that, based on feedback from the community, a new proposed route has been selected for the return of DC Circulator service to Ward 7. The new 14.56-mile DC Circulator route, which will launch in 2023, will provide a unique east/west connection between Ward 6 and Ward 7, supplementing the existing WMATA Route 97 service, which only operates during peak hours. The route will serve Deanwood, Benning Road, Stadium Armory, and Union Station Metrorail stations.

“The DC Circulator, which is currently free, is efficient and reliable – that’s why we love it, and that’s why our residents and visitors love it. We’re proud to be in the process of returning the Circulator to Ward 7,” said Mayor Bowser. “We thank all the residents and stakeholders who took time to provide feedback and help us select a route that works best for the Ward 7 community.”

The route was selected as part of the DC Circulator Transit Development Plan (TDP), which guides the future growth of the DC Circulator system and is updated every three years. As part of the 2020 update, DDOT is also proposing improvements to the Circulator system’s operations and performance District-wide as well as an extension of the Dupont Circle-Rosslyn (RS-DP) route to U Street NW, in addition to returning service to Ward 7.

“The proposed expansion of the Circulator system is part of Mayor Bowser’s sustained investment to ensure Washingtonians have access to efficient, and reliable public transit, especially with the DC Circulator,” said DDOT Interim Director Everett Lott. “Community feedback is critical to the planning process as we prepare to return DC Circulator service to Ward 7.”

In the fall, Mayor Bowser sought community feedback on the Ward 7 route. DDOT received more than 1,700 responses from residents and stakeholders – more than 70 percent of whom live in Ward 7 – to a survey that offered seven route alternatives for returning service to the ward. In addition to the survey, DDOT sought feedback at public meetings and through focus groups.

Now, DDOT is accepting feedback on the results of the preferred alternative route and other improvements in the 2020 TDP through May 28, 2021. Residents should visit the TDP project webpage, sign up for the DC Circulator newsletter, or contact the project team via the website at dccirculator.com/connect/contact-us/ and 202-671-2020 to provide feedback. Once the comment period closes, DDOT will host a public hearing later this summer based on the final proposed route, in accordance with local and federal policy requirements.

For more information about the DC Circulator, to learn more about providing feedback, and to get assistance in other languages, residents should visit dccirculator.com.”