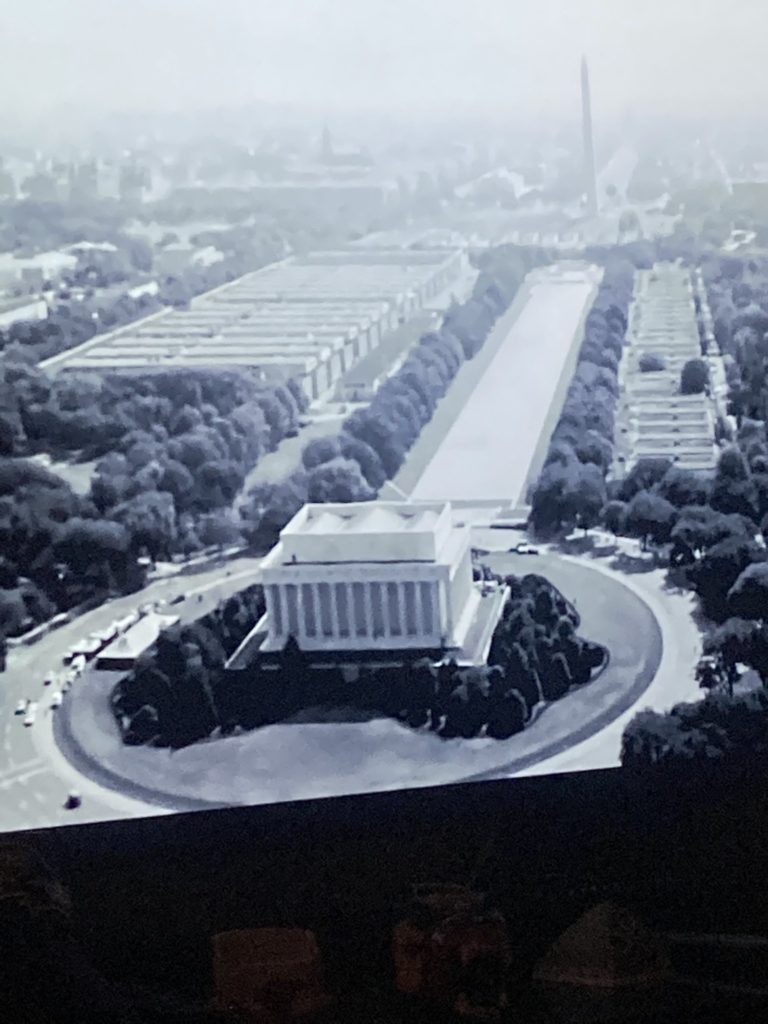 Oscar asked: “Watching a doc and this video popped up. What are those building?”

and Captanne shares another cool photo: 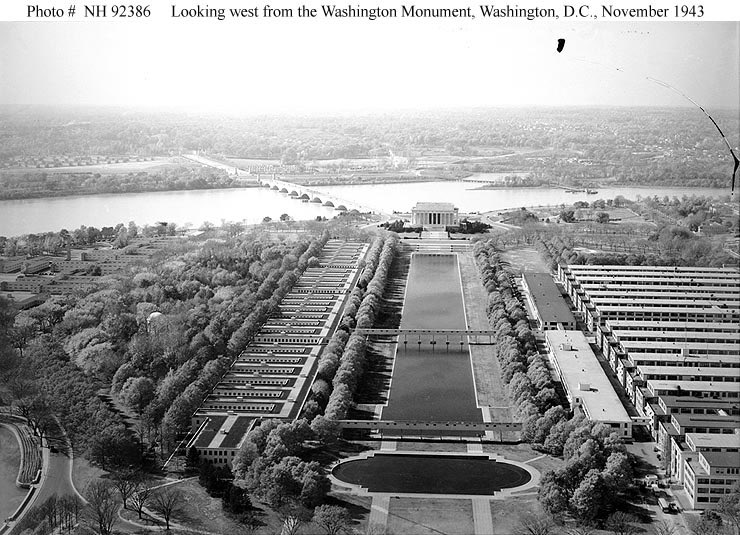 “Built for “temporary” service during WWI two enormous buildings occupied the land between Constitution Avenue and the reflecting basin. Construction of the four-story steel- and-concrete buildings took less than six months. The buildings were known as the Main Navy Building and the Munitions Building. They were erected under the auspices of assistant Secretary of the Navy, Franklin D. Roosevelt to accommodate a rapidly expanding war-time military bureaucracy. Little did anyone know that the buildings would survive through Roosevelt’s four terms as president and well beyond.” 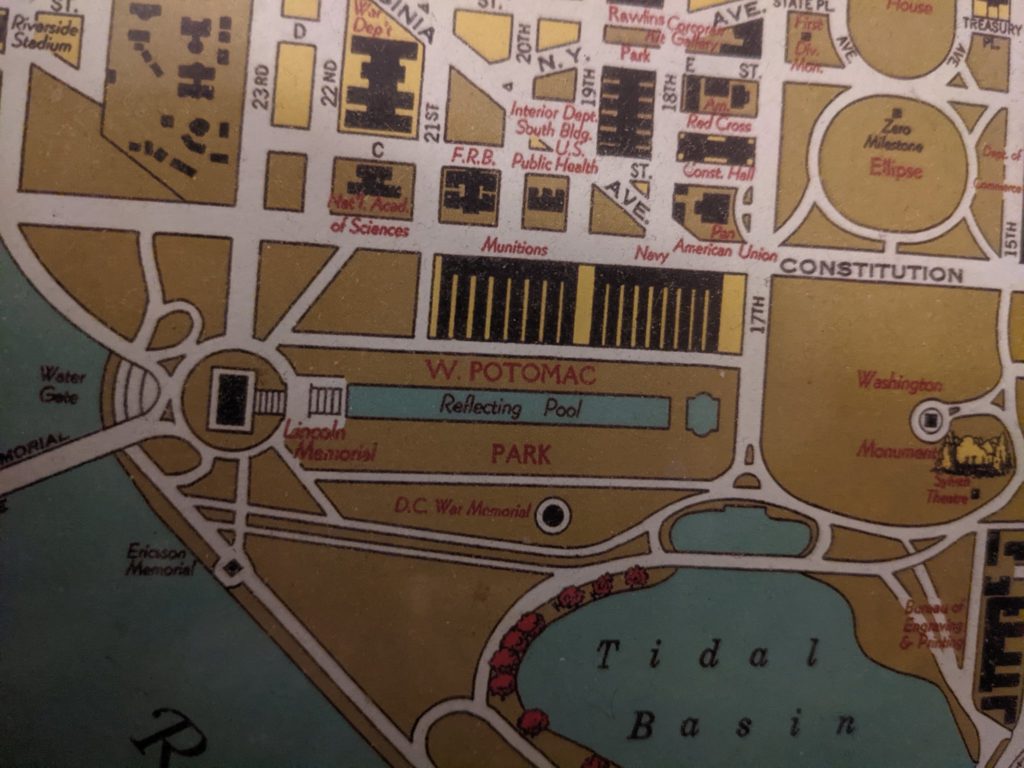 Ezracycle shares the cool history: “Old military buildings from before the Pentagon opened. You can see them on this replica 1947 map they sell as wrapping paper”

“David Brinkley wrote a great book on all this, Washington Goes to War.”

“WWI Munitions Buildings. They were “temporary” Great War buildings that happen to stay around until the Nixon Administration. Finally demo’ed for Constitution Gardens. To pontificate: this is why everyone should be suspicious of anything the Feds call temporary.”

“If you ever get a chance to go up to the top of the Washington Monument, they have pictures from there showing the before and after with and without them. Pretty cool.”