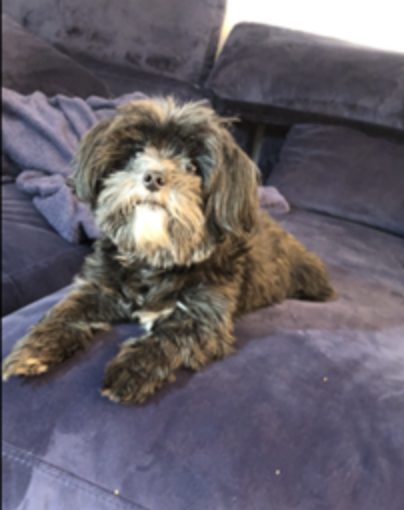 “Detectives from the Metropolitan Police Department’s Fourth District seek the public’s assistance in identifying a vehicle of interest in reference to a Theft From Auto offense that occurred on Tuesday, July 28, 2020, in the 6500 block of Georgia Avenue, Northwest.

The vehicle of interest is described as a white Mercedes Benz ML350 SUV with a Virginia tag of UMK9160. It was captured by a surveillance camera and can be seen in the photo below: 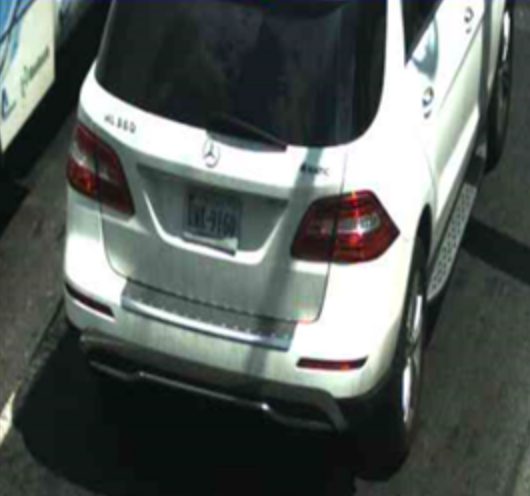 The stolen dog can be seen in the photo above. The dog is described as an 8 year old Yorkie mix that goes by the name “Lyric.”

Anyone who has knowledge of this incident should take no action but call police at (202) 727-9099 or text your tip to the Department’s TEXT TIP LINE at 50411. Crime Solvers of Washington, DC currently offers a reward of up to $1,000 to anyone who provides information that leads to the arrest and indictment of the person or persons responsible for a crime committed in the District of Columbia.” 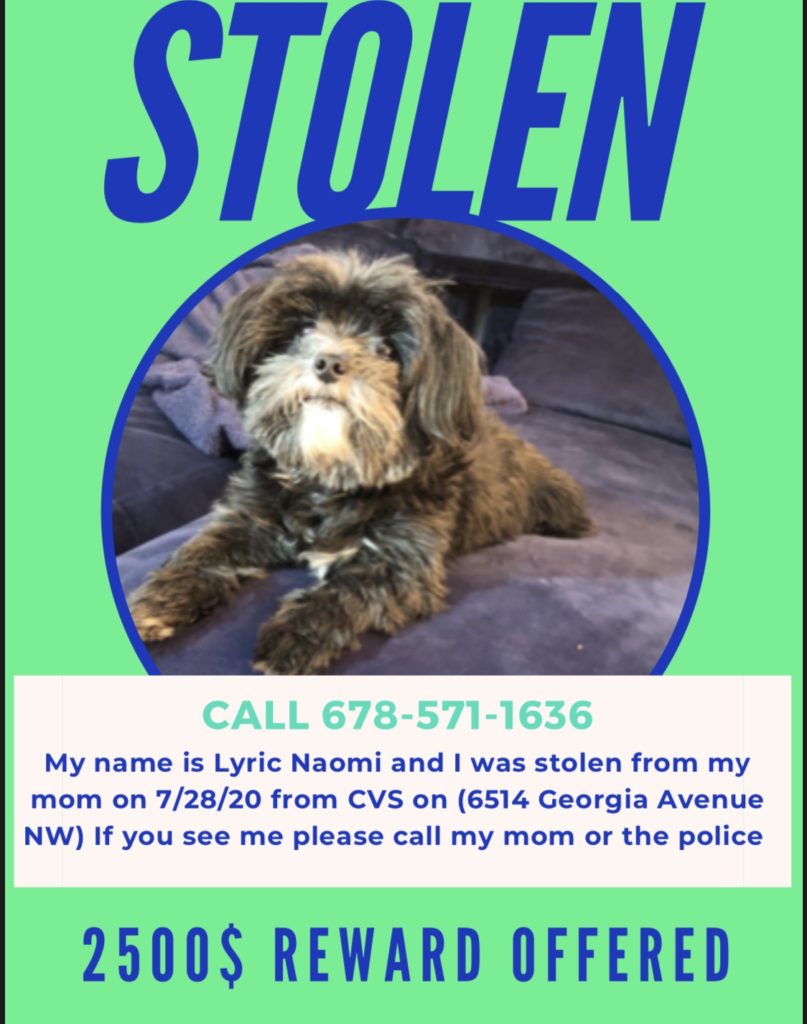