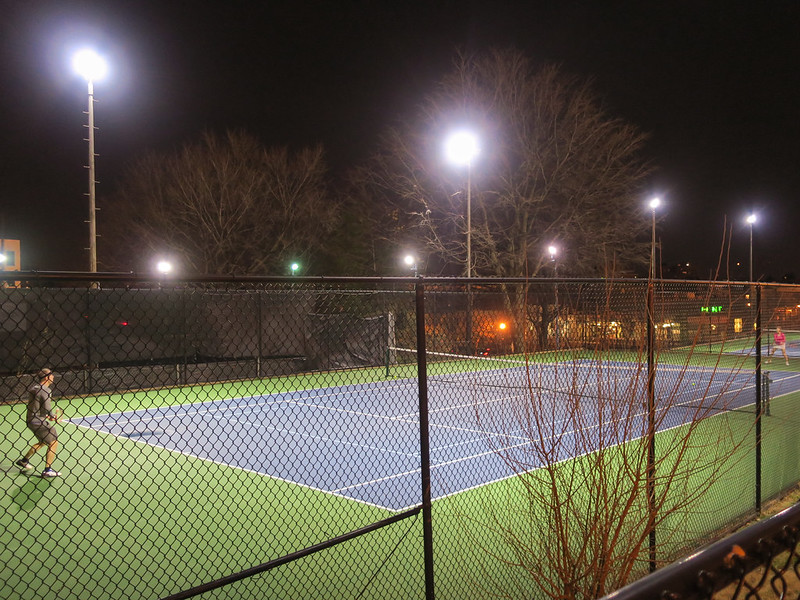 I’d like to hear thoughts on the Adams Morgan tennis courts on 18th street, home of many interpretations given the lack of guidance around the line system.

Are there 2 lines (one for each court)? And if you arrive to play tennis, do you need to pick one court to wait at and hope you picked the faster line?

Or is there one line for both courts? If there’s just one line, where is the best place for the line to form so that people realize there’s a line already.

I ask because last week, I got in line at the tennis courts by the steps near the north court. Two other groups got in line after me, so there were 4 groups waiting in one area for the two courts. Someone then walked up to the south court and sat on the steps. I walked down to tell him that there were four groups all in line and he would be behind us. He said, no, there’s different lines for the different courts. Eventually, we convinced him that no, cutting 4 groups (who had been waiting more than an hour) in line was not okay. But we didn’t come to an agreement on who was actually right about the line.

What do others think about the AdMo tennis court line situation?”

More Stories
“I am very grateful to this woman and I wish I had a way of thanking her properly.”“The stolen dog can be seen in the photo. The dog is described as an 8 year old Yorkie mix that goes by the name Lyric.”