Support PoP!
Search
Brightwood, Brightwood Park, Dear PoPville, Petworth, What the Helen of Troy is This 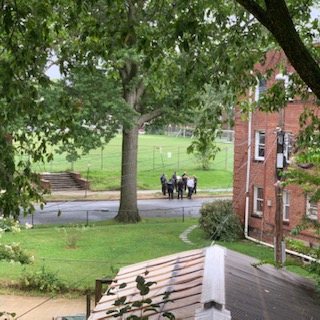 I am bewildered by the large bangs that I’ve been hearing over the last few (many? 2020 is a blur) months, here in Brightwood Park. At first, I assumed this was part of DC’s fireworks “season” but now I am not so sure. The explosions are so loud they rattle the entire house and they happen at all hours of the day. At the times when they happen at in the middle of the night – 2:00 or 3:00 am – I have rushed to the window to see absolutely nothing – no signs of humans or traffic or sounds or anything.

Just today (Saturday) around 1:00 pm it happened on 3rd between Hamilton & Ingraham – followed by a puff of smoke that drifted off. The fire department responded and I asked them what the heck this was, that I’d been hearing it for months – they had no idea and seemed surprised by my account of hearing a dozen or more this summer, coming from multiple places within earshot. They were looking into a manhole as a possible area from which the explosion occurred – and a quick Google search suggests this is a thing – but I don’t think the manhole covers are flying off (thank goodness).

I see you posted a similar sitch back in April that ended w a bunch of commenters guessing and no cause determined. This article (from 2013) suggests aging infrastructure.

I am so, so curious about this, and the fact that it keeps happening with no witnesses. And concerned about the danger presented by this happening in a residential area.

Another reader also asks early Saturday morning: “Okay, does ANYONE know what the massive cannon-like booms are — once a week or so in Petworth, DC? Tonight’s just before 4am was so loud it woke us up.

Once I saw smoke in the air a block away. Any ideas??”

Read more →
More Stories
“Some Kindness in the World: A Good Samaritan and USPS”Today’s Rental was chosen for the location