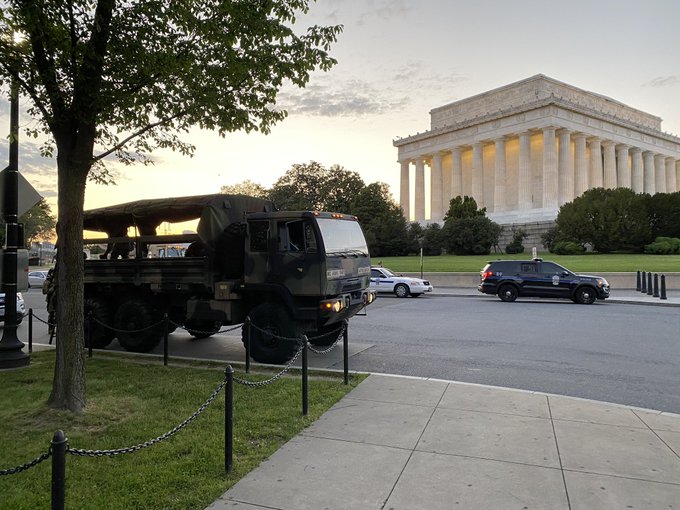 “Statement from the Commanding General:

The District of Columbia National Guard (DCNG) has been activated at the direction of the Secretary of the Army in response to a request for assistance from the U.S. Park Police to help maintain order during protests in the vicinity of the White House.

The DCNG is always ready to assist District and Federal agencies to protect human life and property. The DCNG is especially trained and equipped for this U.S. Park Police support mission and we proudly accept it.

Thanks to Chris Stelmarski for sharing these photos around 8:30pm (and some video from Tommy Klein below: 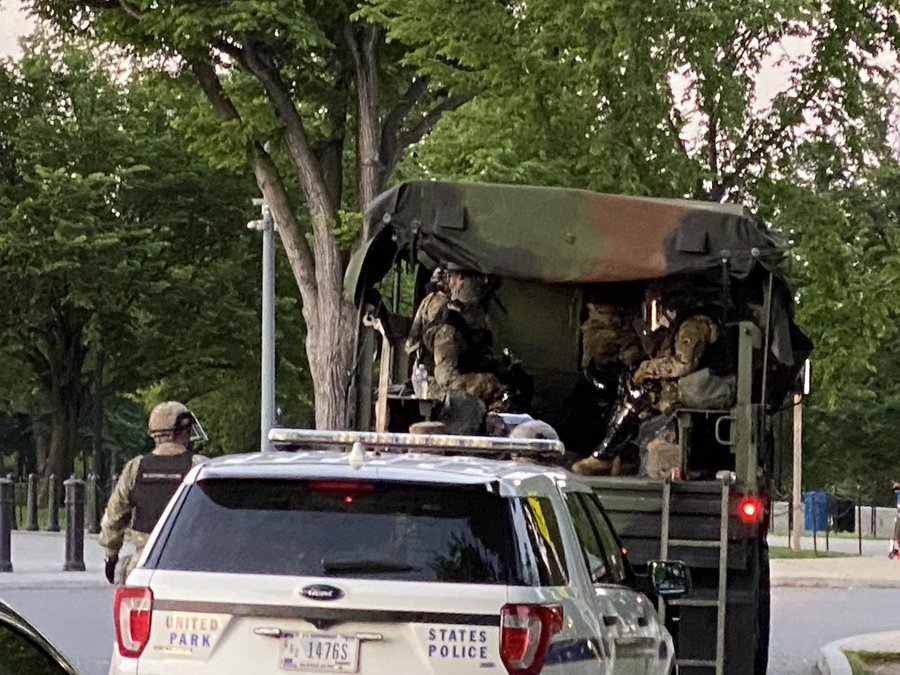 Anyone see them in other parts of town? 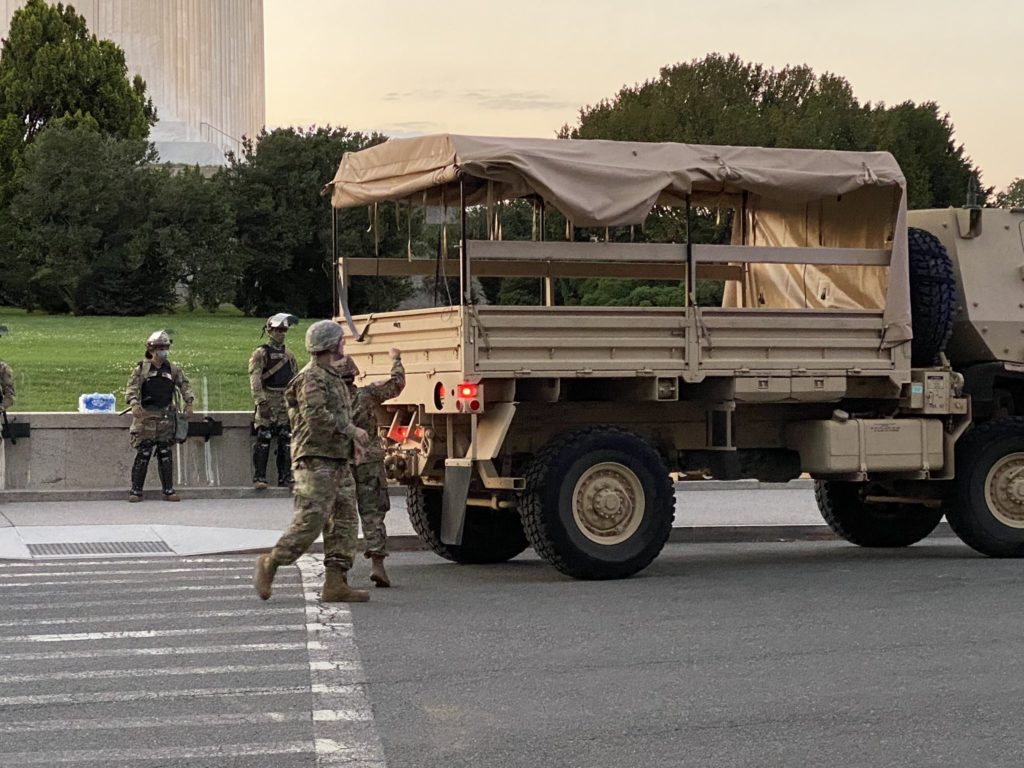 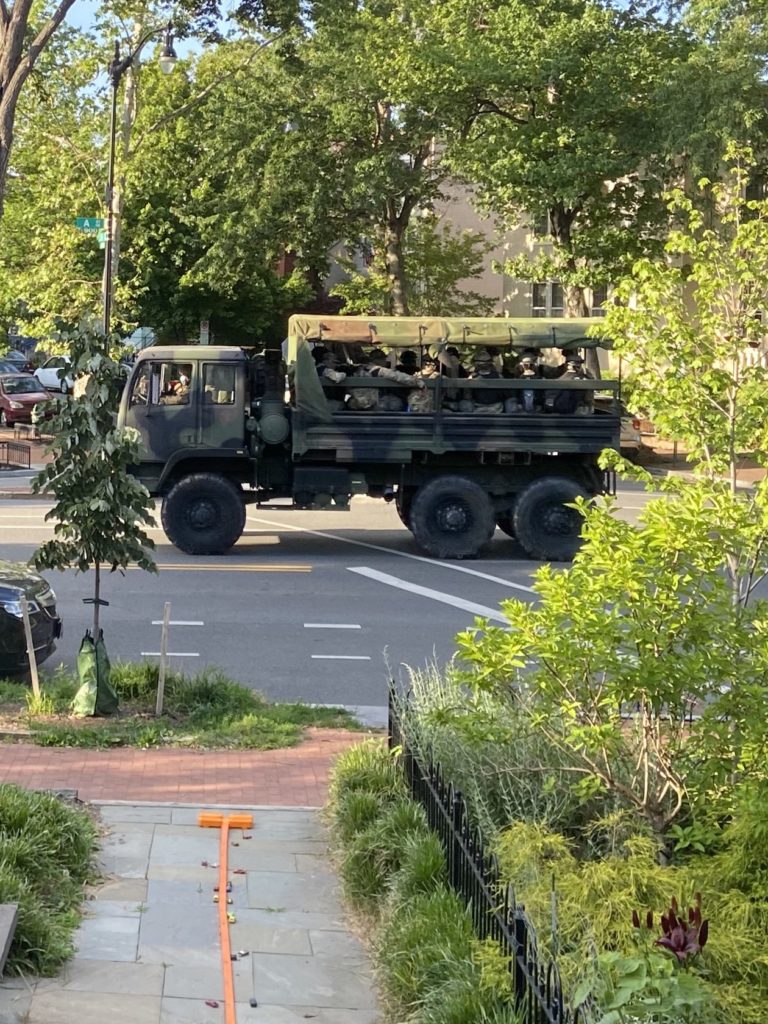 Thanks to Zach Lowe for sending the above from “down Mass Ave NE near Lincoln Park at 6:45.”