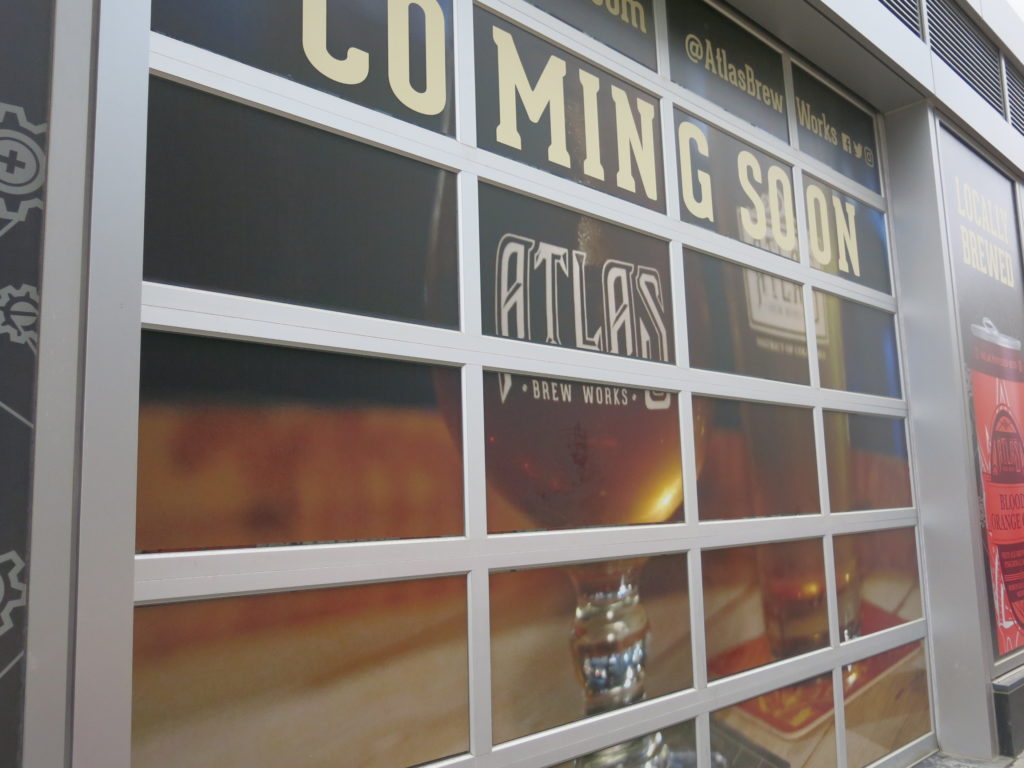 “Atlas Brew Works is excited to announce its partnership with Andy’s Pizza for the brewery’s new Half Street site, slated to open this spring. DC sports fans will have the perfect place to pre- and post-game when the new brewery and tap room opens its doors adjacent to Nationals Park at 1201 Half Street SE #120.

The dough is cold fermented for 72 hours and cooked in a New York deck oven, creating a crisp pizza with a satisfyingly soft and chewy interior. The concept strives to keep its toppings simple with a focus on quality. Andy’s Pizza got its start in Tysons Galleria and quickly grew through partnerships with Hilton Brother’s Echo Park and Atlas’ forthcoming Half Street Brewery & Tap Room. Chef and Owner Andy Brown has a simple outlook, “We are just trying to make the best pizza we possibly can, served on a paper plate.”

Atlas Brew Works Founder & CEO Justin Cox said, “We’re excited to have Andy’s Pizza partner with Atlas for our Half Street Brewery & Tap Room. Andy is as nerdy about his pizza as we are about our beer. It will be a great addition to Half Street and a great amenity for the Capitol Riverfront community and sports fans alike.”

Dine in to receive the full Atlas kitchen experience or grab slices to go at the walk-up window on Half Street SE. Guests will have a variety of options to choose from as the menu will include pizzas, salads, wings, and fries. Pair these food selections with any of Atlas’ beer offerings or try the novel Half Street Hefeweizen, specially brewed for the new location. The bready base, acting as the easy-drinking beer’s backbone, supports an overwhelmingly fruity yeast profile. Minimal hop bitterness and a dry, crisp finish round out the refreshing hefeweizen.”