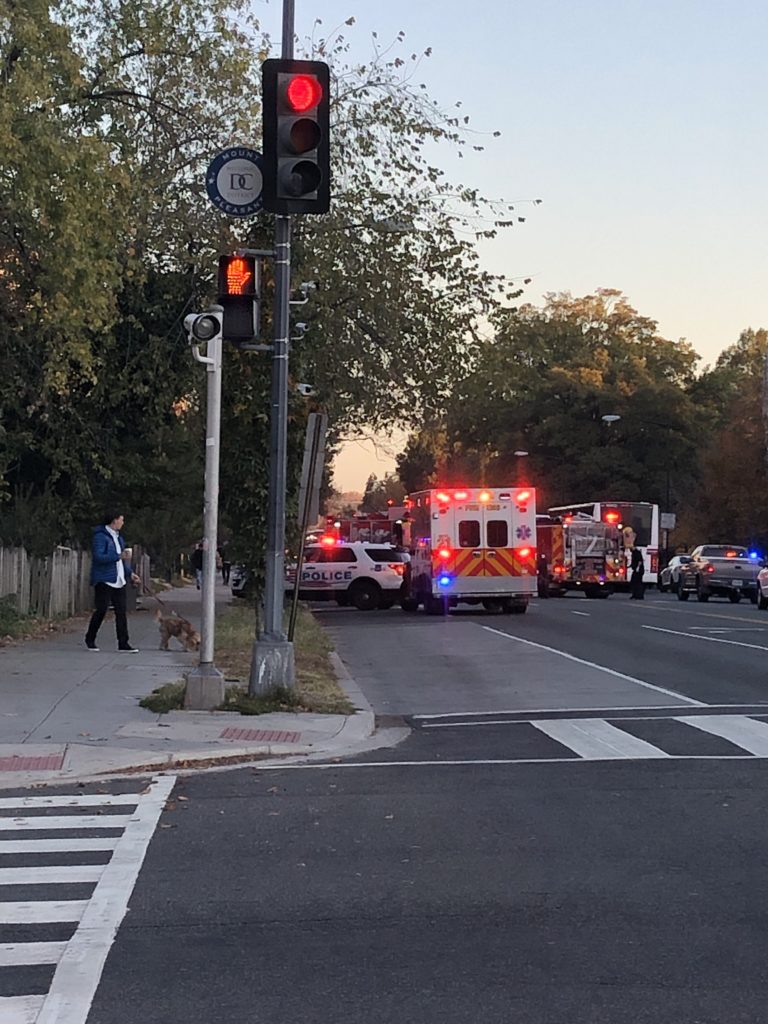 “The Third District is currently investigating a shooting inside of a building in the 3100 block of 16th street NW. Two adult males have been transported to area hospitals with critical gunshot wounds. A third individual has been transported to the hospital from the 3100 block of Mt Pleasant St NW with what appears to be critical wounds. We believe that these scenes are related at this time.

“Detectives from the Metropolitan Police Department’s Homicide Branch are investigating a fatal shooting that occurred on Monday, November 4, 2019, in the 3100 block of 16th Street, Northwest.

At approximately 6:48 am, members of the Third District responded to the listed location for the report of a shooting. Upon arrival, officers located two adult males, inside of a residence, both suffering from multiple gunshot wounds. DC Fire and Emergency Medical Services responded to the scene and transported both victim to area hospitals. After all life-saving efforts failed, one of the victims was pronounced dead.

A third adult male victim suffering from apparent stab wounds was located in the 3100 block of Mount Pleasant Street, Northwest. Further investigation by detectives revealed, the victim’s injuries occurred at the offense location. DC Fire and Emergency Medical Services responded to the scene and transported the victim to an area hospital for treatment of non-life threatening injuries.

The decedent has been identified as 28 year-old Christopher Shepherd, of No Fixed Address.