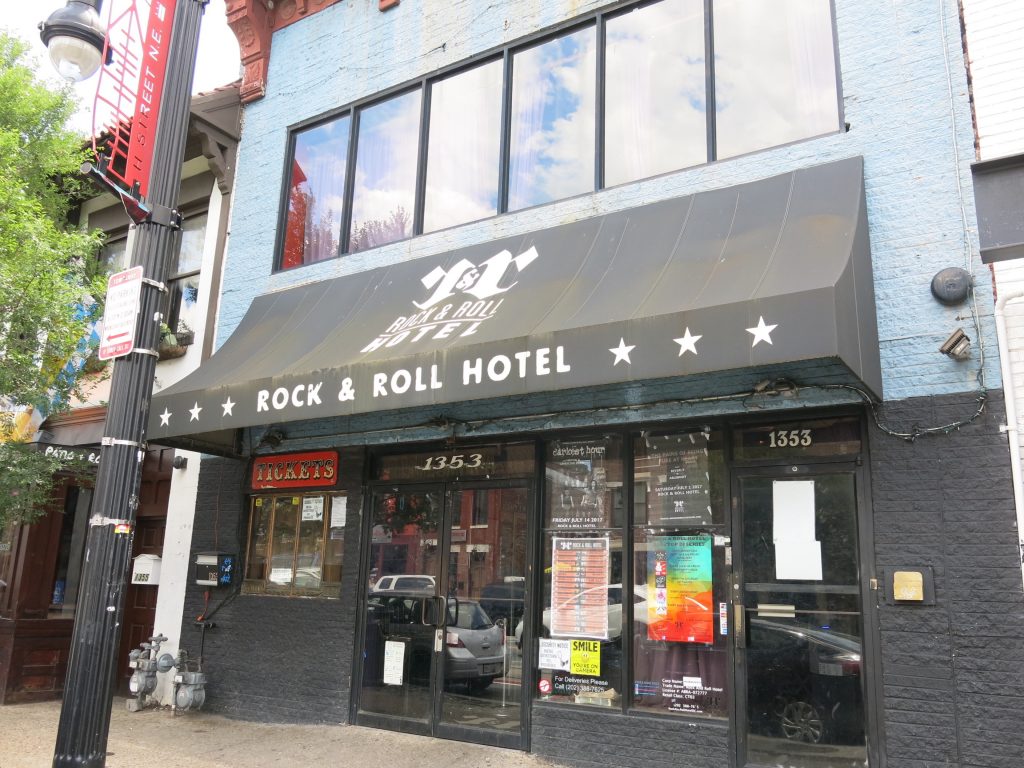 Update from Rock and Roll Hotel: “December and January are notoriously slow. We have national acts confirmed that cannot yet be announced. Not sure where this rumor is coming from, but it is false and they are misinformed.

NYE 2020 goes on sale at Noon Today which was already scheduled. Our normal programming of rooftop open and 2nd floor DJs are all in place.”

As of 12:10pm they just added to their calendar:

OK, I’m not saying it’s time to freak out right now but I’m not saying stay perfectly calm either. Because this is odd. I got a tip that Rock and Roll Hotel could be closing by the end of the year. The tipster has a very good record but was only 50/50 on this. So keep that in mind. At any rate back in 2013 we first noted that the building was listed for sale. I hadn’t heard much since then. But then the tipster wrote in. And now is the curious part.

There are no events listed on the Rock and Roll Hotel calendar past November. I know somebody who had an event planned there for December that since got canceled. The Calendars for Black Cat, 9:30 Club, U Street Music Hall, and DC9 all go at least into December. Even Velvet Lounge goes to December 5th. Anyway maybe it’s something, maybe it’s nothing. But it is curious.

“Rock & Roll Hotel is a music venue and nightclub established in 2006 in the H St Corridor of Washington, D.C. The venue hosts original bands from around the region, country and globe. Rock & Roll Hotel has 3 floors; the concert hall, 2nd floor lounge and rooftop deck. Rock & Roll Hotel always has been and always will be an independent music venue. The Hotel is proud to say that its staffing and security are one family, employed in-house, using no outside companies or promoters.”