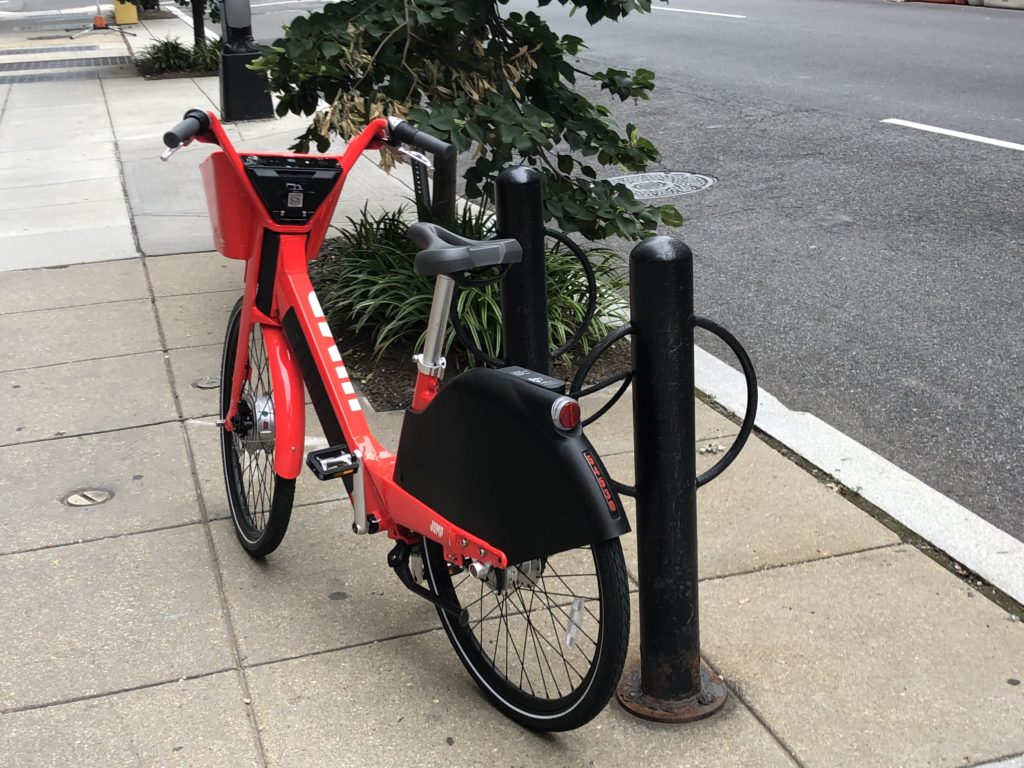 Over the past two weeks, an early morning Jump bike user is regularly blocking the entire bike rack next to my office. I’ve noticed similar poor parking jobs with Jump bikes in multiple places throughout the city while riding.

One issue seems to be the location of the Jump bike’s fixed lock on the rear of the bicycle. When properly locked to allow others access to the rack, the Jump bike to hangs over the curb into the street. I’m guessing users are parking like that show in the attached pics to avoid the damage caused by a passing car.

Please do NOT block the bike rack for other cyclists if you’re using a Jump bike. I’ve been reporting this to Jump and it seems that they are sending teams to redeploy and will also fine users. Perhaps this is the work of “chargers” dropping off the bikes in the morning, but it’s absolutely ridiculous to see the privatization of public spaces in such a wasteful manner.