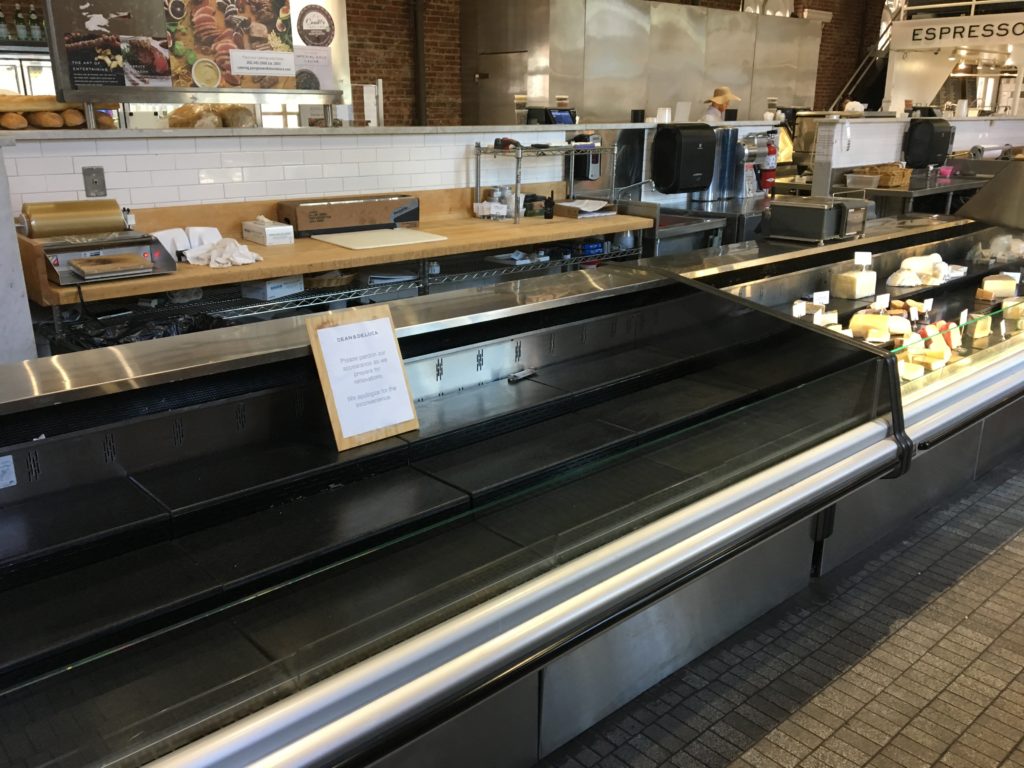 Holy cow. Thanks to Peter for sending. The sign above says preparing for renovations. But I suspect it might be “renovations”: 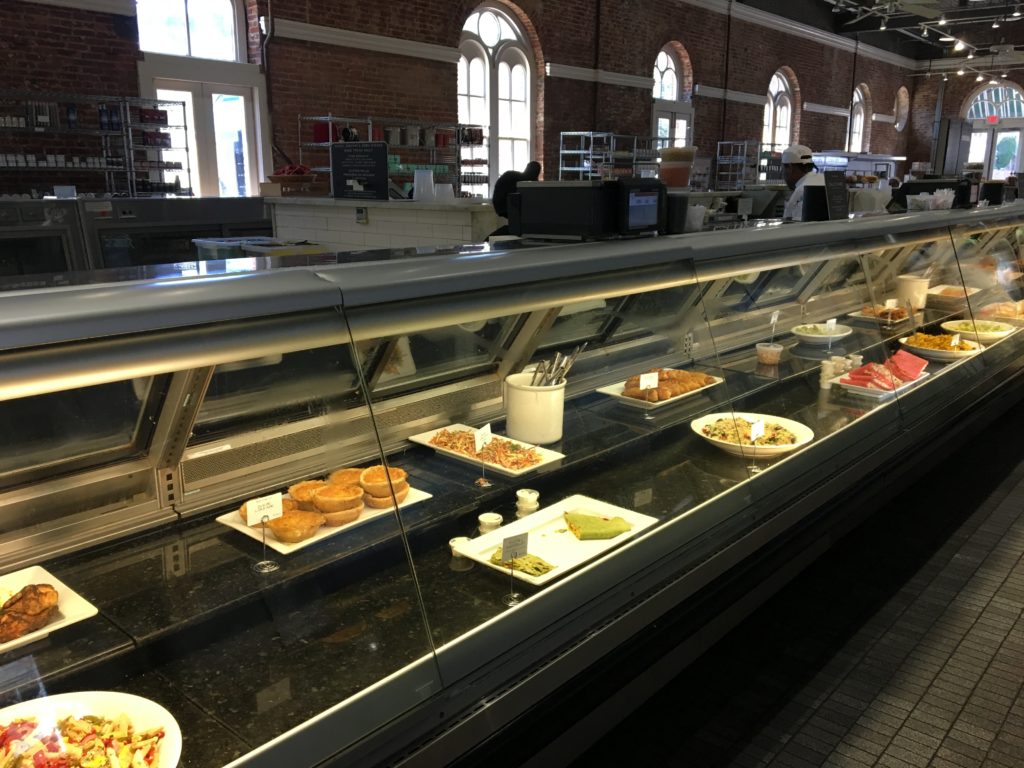 “…the chain, now owned by a Thai real estate magnate, is foundering. In the last week, the company has confirmed that it is closing three of its nine stores, including a high-profile “concept” store in downtown Manhattan that opened just three months ago.

Since it was bought by Pace Development in 2014, Dean & DeLuca has developed all the signs of a company with debt problems: It pulled out of lease agreements; promised and revoked sponsorships; closed its stores in North Carolina, Kansas and Maryland; and has consistently withheld payment from vendors, who are increasingly vocal in their outrage.”