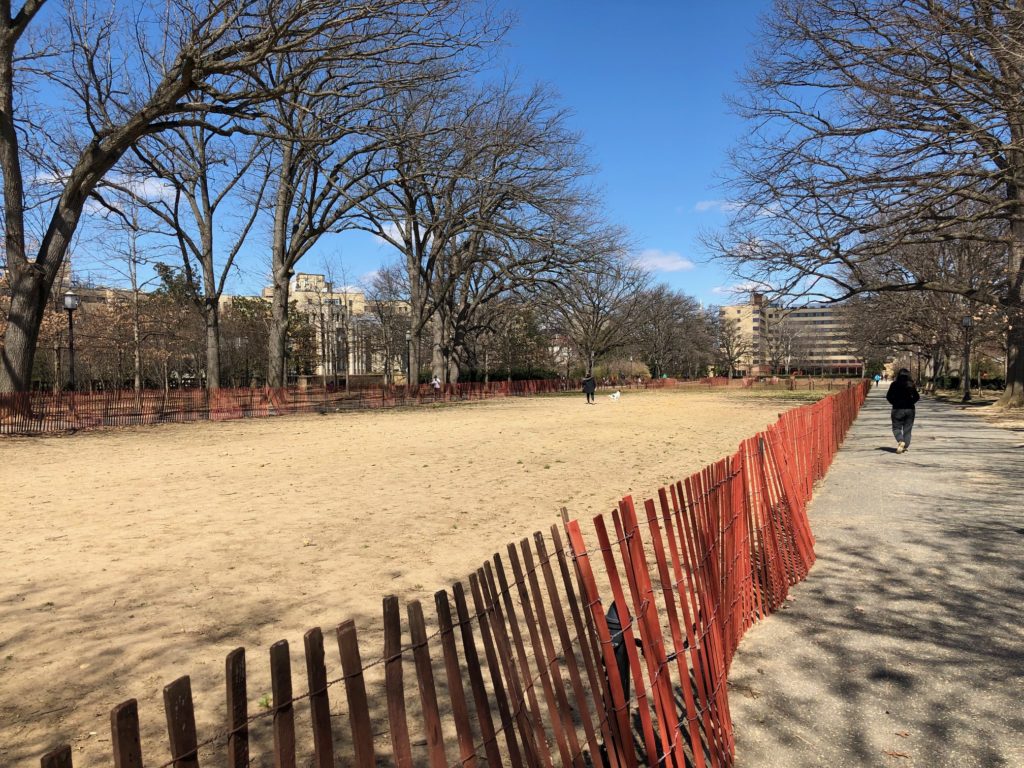 Like the fountains, unfortunately this is a question we discuss annually.

Is there an update on the fencing/grass revitalization of the southern half of the mall in Meridian Hill Park? A couple years ago, NPS fenced off the northern half of the mall and the grass made a comeback, but this year neighborhood dog owners have been using the fenced off area as a dog park and the area has become more of a dirt pit than it already was. It would be nice to have grass up there again, so more people could enjoy the park.

Although it’s unclear, it seems like the plan was to fence off the southern half to minimize foot traffic so the grass could come back; it also seems unlikely that NPS intended to make the area a dog park, considering that signs in the park say dogs are required to be on a leash at all times. But, until NPS prevents dog owners from letting their dogs off leash within the fenced area, I don’t see how the grass will have a chance to take root again.”

Read more →
More Stories
“options for an outdoor party with grill in a DC park?”“Question on Unemployment claims related to the Shutdown”