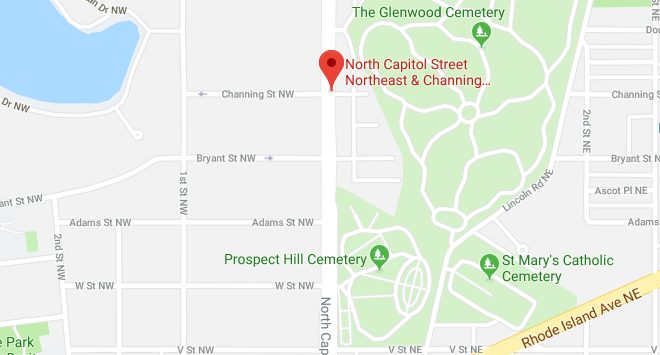 “I witnessed a hit and run accident at around 9:25 this morning at the corner of North Capital and Channing (not sure of the cross street, but it was around there). I was a few lanes away from the crash, in no position to stop, but I saw a car speed away from the scene (I’m not clear he was even at fault in the accident) and saw it was a black sporty Chevrolet with a license plate ending in 8085. I tried to follow the car to get the full plate, but he was going faster than I wanted and traffic didn’t allow me to catch up. I called MPD but they didn’t seem especially interested. No pedestrians or bikers were involved, just cars.

Hope no one was badly hurt but perhaps this information is useful to some one.”