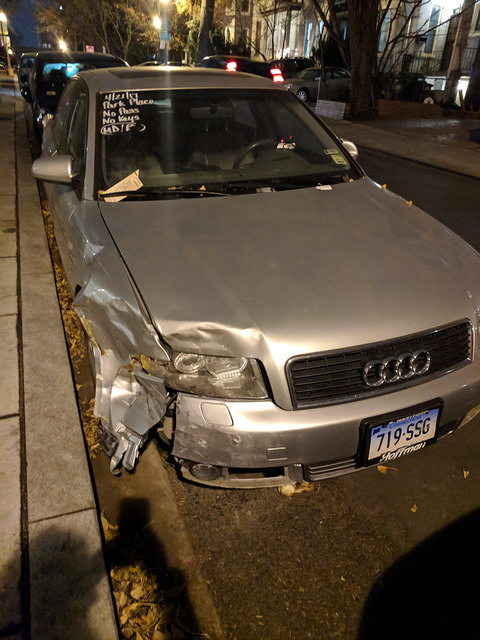 I’m hoping we can get the word out about this vehicle that has been parked in the same exact spot on Newton St NW in Mt Pleasant since this summer. It’s parked on Newton St NW, between Brown and 17th St.

I finally called 311 personally about 2 weeks ago; it appears to be abandoned and should be towed away. It looks like nothing has been done, except it received a 2nd ticket for not being registered in DC.

The vehicle has Connecticut tags and is parked on an RPP block. Its Connecticut registration expired back in 2011, and it appears to be missing a tire.

Parking enforcement is quite strict in Mt Pleasant (to the point that they give out tickets in situations they shouldn’t), but in this case, they seem to be giving this vehicle a pass which is infuriating. It should have been getting tickets left and right and should have been towed a long time ago.

Does anyone know what’s going on?”