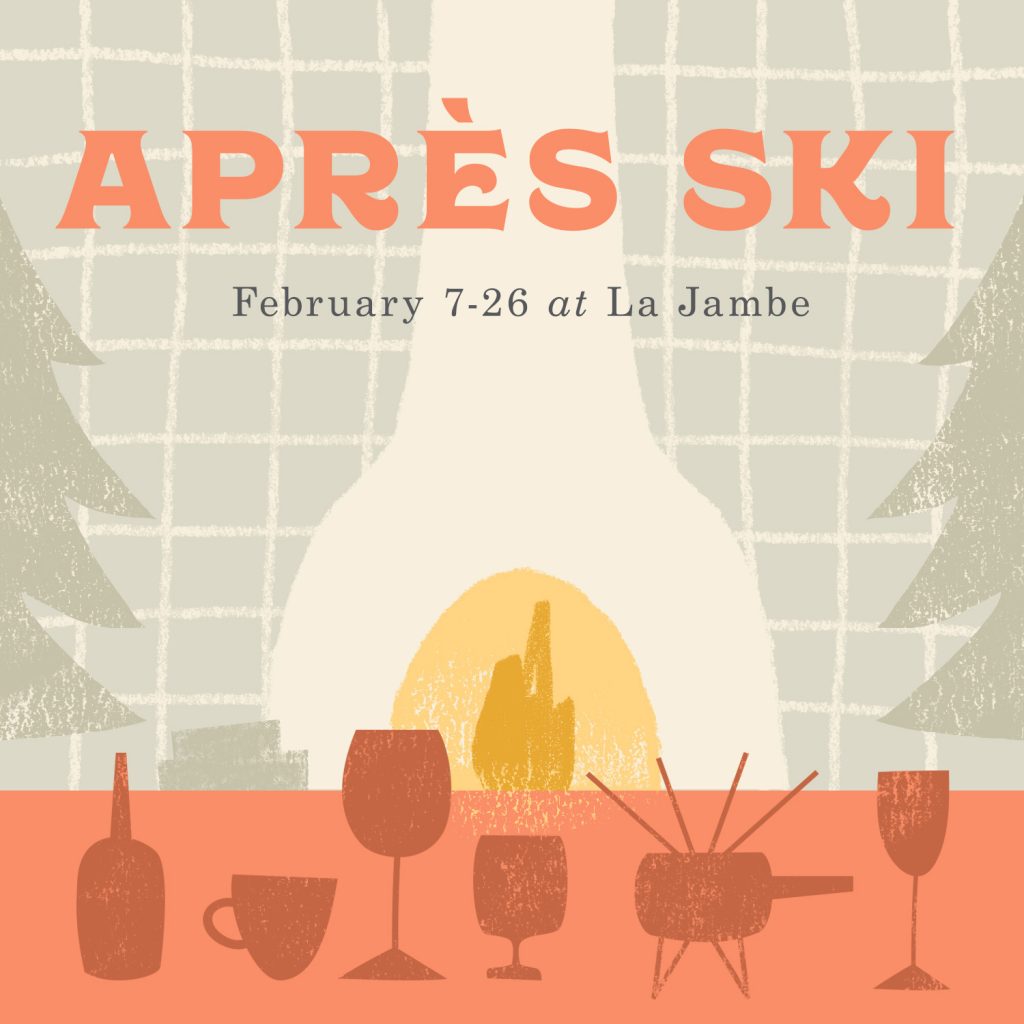 “a·près-ski: the social activities and entertainment following a day’s skiing.”

Bloom’s vision was to create a seasonal event focused on something other than the holidays. Après Ski translates to “After Ski”.

La Jambe will be transformed into a winter wonderland equipt with all the coziness and warmth you’d long for after a day on the slopes. In addition to their regular menu they will also be offering a special menu featuring raclette which is a dish comprised of three types of charcuterie and a boiled potato smothered with melted cheese.

Raclette is the type of cheese and the name of the dish. The menu will also feature vin chaud (mulled wine) along with other unique cocktails and dishes inspired by the après ski experience.

Read more →
More Stories
Today in Hawks Around Town – Columbia Heights“He was apparently an adjunct professor at Georgetown law, a government lawyer at IRS – and was busted for meth distribution?”