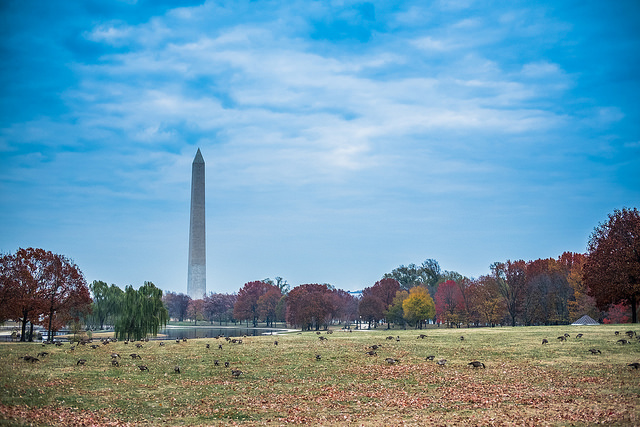 “Businessman and philanthropist David M. Rubenstein has pledged the funding needed for the National Park Service to modernize the Washington Monument elevator. The $2-3 million project will correct the elevator’s ongoing mechanical, electrical and computer issues, which have shuttered the monument since August 17.

Mr. Rubenstein said, “The monument has become a symbol of our country, and reminds everyone of the towering strengths of our first president. I am honored to help make this symbol safely accessible again to all Americans as soon as practicable.”

Rubenstein’s gift to the National Park Foundation’s Centennial Campaign for America’s National Parks will allow the National Park Service to replace the computer system that controls the elevator and to add a remote diagnostic system, which will permit technicians to more quickly determine the cause of problems when they occur. It will also provide funds to refurbish the existing elevator machine and gear; replace existing hardware, including door operators, hoist-way ropes, compensation cables, rollers, electrical conductors, breakers and power supplies, and the elevator cab ventilation system; install audio/visual screens in the elevator cab; and install code compliant landings every 30 feet in the elevator shaft.

“The Washington Monument is one of our Nation’s most iconic structures. It is one of many monuments in Washington, D.C. that is important in telling the story of America’s rich and diverse history,” said Jonathan B. Jarvis, Director of the National Park Service. “Mr. Rubenstein’s continued support for the Washington Monument will ensure generations of visitors can safely enjoy this historically significant monument for years to come.”

Rubenstein’s “patriotic philanthropy” benefitting the National Park Service makes him a leader in the incredible legacy of private support for national parks:

“Mr. Rubenstein’s continued support carries on the legacy of private citizens who came together to establish and support our national parks,” said Will Shafroth, president of the National Park Foundation. “His ongoing commitment to protect and enhance these treasured places ensures they will be accessible and preserved for all to enjoy.”