Support PoP!
Search
Logan Circle, What the Helen of Troy is This 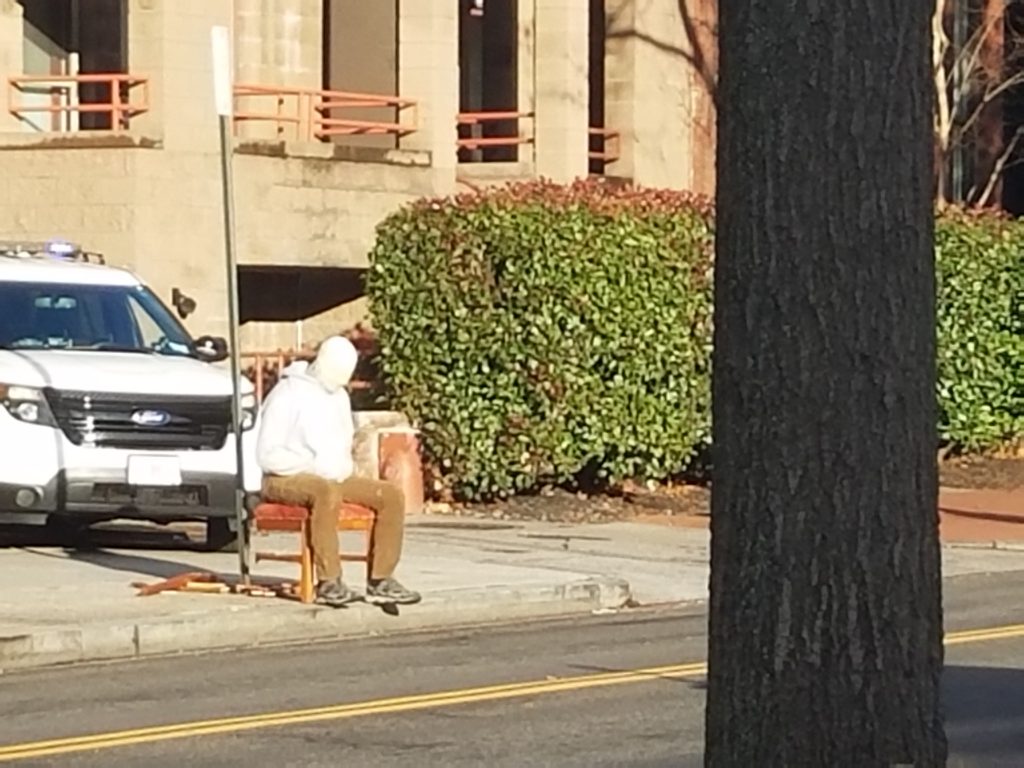 “My guess is some sort of performance art. Person with his face wrapped up in tape or gauze, just sitting there like a statue. Uniformed MPD blocking cars and foot traffic. Block now taped off.”

“Its been removed, police say it was a mannequin”

Though another reader reports:

“I was wondering what this was. Drove by and his hands are now handcuffed behind his back and he and the chair lying on side.”

An update photo of “the mystery sculpture before the MPD knocked it down” after the jump. 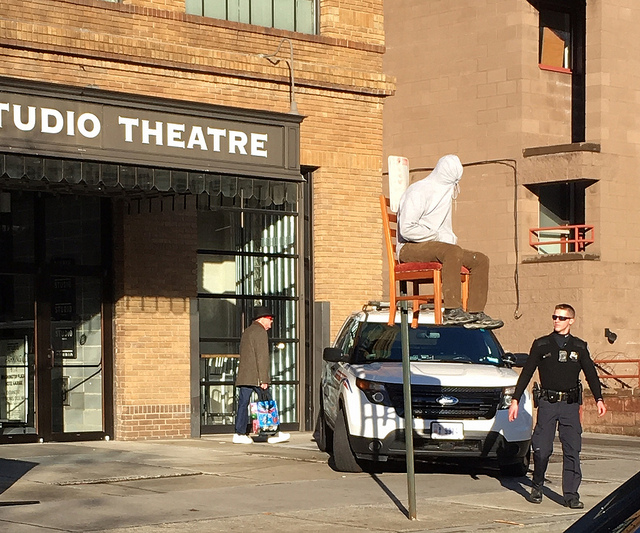