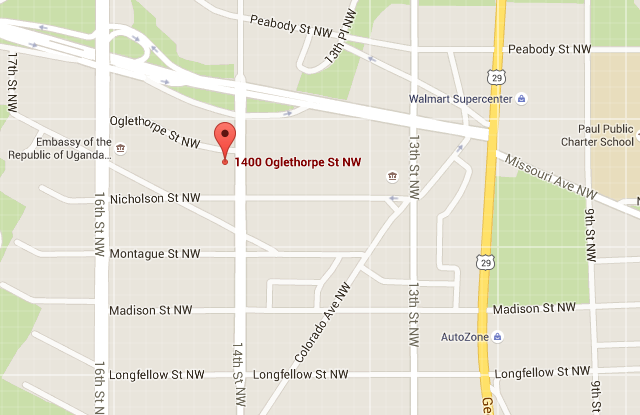 “MPD responded to the 1400blk of Oglethorpe St NW for a wanted armed carjacking suspect. MPD is in communication with the armed suspect and road closures will remain in effect. Updates will follow.”

“@DCPoliceDept: Barricade in the 1400blk of Oglethorpe St NW. The suspect is contained.”

“Regarding the street closures for the 1400 blocks of Oglethorpe and Nicholson Streets NW and 14th Street NW between Military Road and Montague Street NW.

MPD has declared a barricade in the 1400 block of Oglethorpe Street NW.

Street closures will remain in place until the conclusion of the barricade.”

“Barricade in the 1400blk of Oglethorpe St NW. School Officials at Brightwood Elementary are facilitating the safe dismissal of all students at this time.”