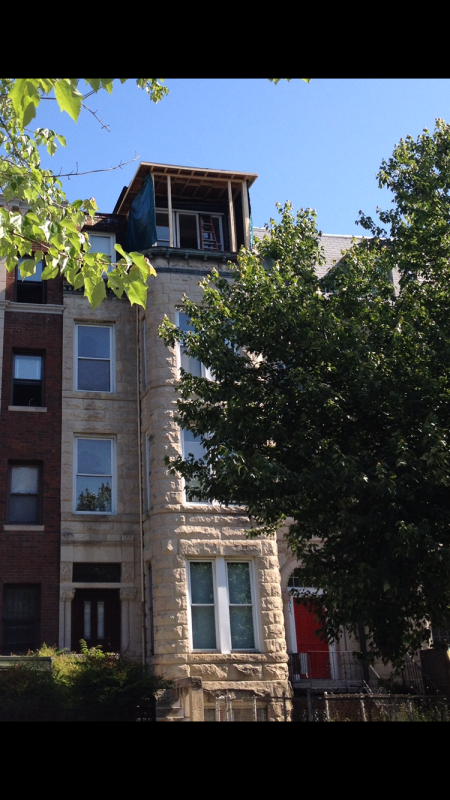 Please take a look at these photos. The first ones were taken on Memorial Day, 2014. The last one was taken today, November 15, 2015. In that time period, I’ve probably sent almost 80 emails. This “chicken coop” at 1319 Fairmont St NW was built illegally. The only permit the only had at the time was for plumbing work, and that was for January of 2014. It’s been an eyesore and an embarrassment to this part of Columbia Heights.

In the interest of full disclosure, I’m the ANC commissioner for this part of Columbia Heights. I’ve tried working with City Councilmember Jim Graham’s office, and then Brianne Nadeau’s [Brianne Nadeau’s office has worked to find answers more than anyone else], DCRA, the Mayor’s office in two administrations, and the District’s Attorney General’s office. I think it will take an act of Congress to take it down since nothing else seems to be working. I called the police two or three times when work was being done on it after 9pm.

No one seems to know why it continues to sit there or who’s in charge of trying to bring it down. Perhaps, it’s just another sign that this is a broken city in search of gaining statehood, but with little chance of achieving it if it can’t even take down a chicken coop.

I just want everyone to see how RIDICULOUS this problem is!! 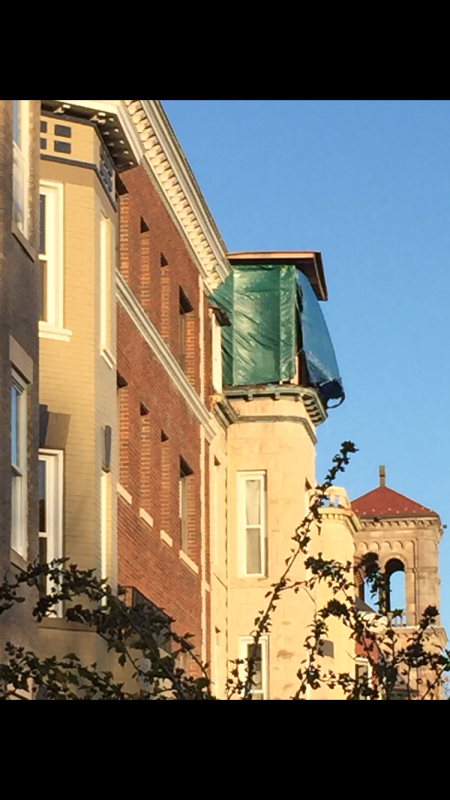