If you have any animal/pet photos you’d like to share please send an email to princeofpetworth(at)gmail(dot)com with ‘Animal Fix’ in the title and say the name of your pet and your neighborhood. Your photos will go into the queue (usually 2 weeks wait) and will be posted in the order I receive them. If you’ve already entered your pet and would like to do so again – that’s no problem – just space the entries out a bit. Please try to send horizontal photos 640×480 (medium size on your iphone) if possible. If you’re not using an iphone any size is fine. 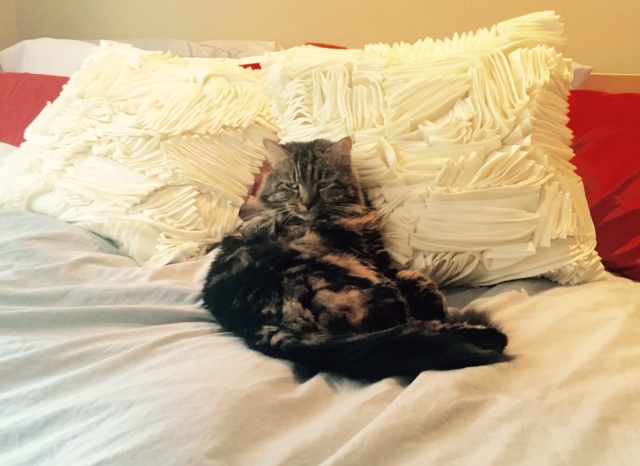 “Tassa makes sure to take up all the room in her bed.” 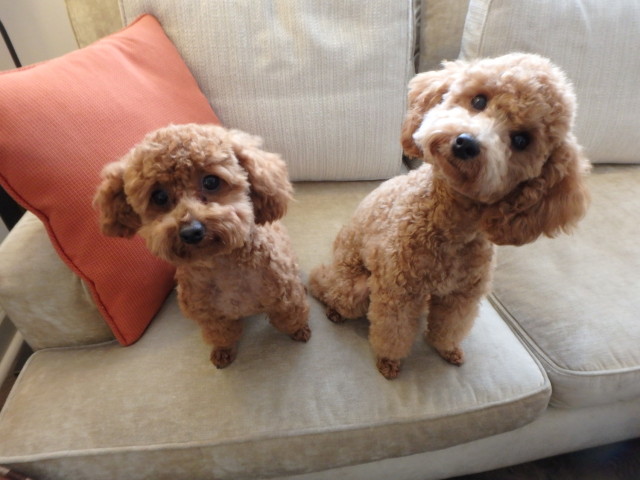 “Momo (a girl) and Taro (a boy), two Japanese Toy poodles from Tokyo and Osaka Japan. As goodwill ambassadors to the US now living in Dupont Circle, Momo and Taro spend most of their days meeting people, promoting Japanese culture and taking selfies with complete strangers from all over the world.

At just eight weeks old Momo and Taro embarked on their epic journey to the US and also enjoy vitiating Massachusetts and New York on occasion for weekend get aways.

Momo traveled from Tokyo to Osaka via the Bullet Train where Taro was born and from there the two traveled back to Tokyo via the Bullet Train until they reached Narita Airport where they made the 12 hour flight to the US safely stowed under our seats as carry on luggage. In total they traveled 20 hours to reach their new home in Washington DC and they have loved to travel ever since.

They are both now ten months old and together they are called “Momotaro” which also happens to be the name of a popular children’s fairytale about a legendary hero that faught evil demons to protect his village. Momo means peach and Taro means first born son which is important to mention because as the fairytale goes, a giant peach(Momo in Japanese) was found floating down river by a poor female villager washing clothes. When the woman brought the peach(Momo) home to her husband, to their surprise they found a baby boy inside the giant peach and being unable to have children of their own so they named and raised the boy as Momotaro. Once old enough Momotaro set out to defeat the evil demons plaguing his village and along his journey met a monkey, a dog and a bird that all became his friends and helped him defect the demons.”

Mei Xiang left her den Saturday afternoon to eat and drink. She ate more bamboo than during her previous excursions away…