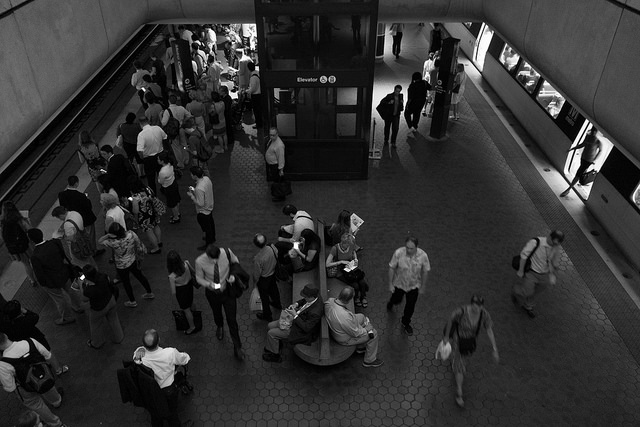 Wow, can’t say I remember this happening! From WMATA:

“Metro Interim General Manager/CEO Jack Requa today announced the issuance of a SmarTrip credit to all riders using Smartrip cards who traveled on the Blue, Orange and Silver lines today.

Each rider who used a SmarTrip card to enter and exit the system and traveled on the Blue, Orange or Silver lines between the hours of 5 a.m. and 7 p.m. today will automatically receive a credit on their card for the fare they were charged at the gates. Qualifying riders will receive the credit on their SmarTrip card early next week when they tap their card at a Metro faregate or fare machine.

The credits will be processed automatically to SmarTrip cards, no action is required by customers to receive the credit.

“We absolutely understand the frustration among our Blue, Orange and Silver line customers,” said Metro Interim General Manager/CEO Jack Requa, who regularly commutes on the Orange line. “Given the significant service disruptions that inconvenienced riders over multiple commutes this week, we are taking this step to thank everyone for bearing with us. I also offer a sincere apology to everyone who was inconvenienced.”

The Blue, Orange and Silver lines were disrupted yesterday due to a derailment of a non-passenger train outside Smithsonian Station. During the morning, buses replaced trains between McPherson Square and Federal Center SW stations. That was followed by single tracking through the afternoon and evening that resulted in lengthy delays for many riders.

This morning, Orange and Silver line service was disrupted due to a loss of third-rail power on the inbound track outside East Falls Church Station. The passengers aboard a Silver Line train in the area without power had to be assisted by emergency responders to East Falls Church Station. Rail service was suspended for approximately 30 minutes and then followed by single tracking until just before noon.

Paper farecards, used by less than 10 percent of all riders, do not qualify for the travel credit.”