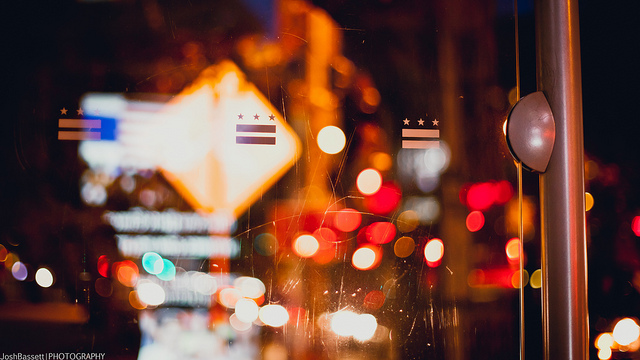 “One of our Marion St street neighbors was just verbally and physically assaulted, and had her life threatened at the bus stop. The regular there with the incredibly droopy face and glassy eyes (Tony?) grabbed her and threatened to cut her throat. She is still very shaken up, but I got her to tell me what happened, and the police response was even more shocking than the assault.

One officer told her “he didn’t mean it”. Another officer told her she should walk on the other side of the street. And another officer told her that she should have stayed at the scene. Each of these so obviously ridiculous for so many reasons. With two drug-crazed stabbings in DC last week, one of which happened two blocks away, why shouldn’t she – and more importantly why shouldn’t the police – take this threat seriously? And why would she want to stay at the scene where a f*cking lunatic on drugs is grabbing her and threatening her? And why should we not be able to use that side of the street, just so it can be used for illegal activities? What if she wants to ride the bus?

I personally get along with the guys there usually, we say hi, they pet my dog and they know exactly how many days old my son is. I try to be neighborly with them. But that doesn’t excuse this type of behavior. They are not all innocent local old-timers that we should feel sorry about displacing. At least some (probably most) of them are on drugs and/or are selling drugs. I watch then from my window as they sneak around the concrete wall for quick hits off the crack pipe. It can’t be allowed to continue. Why is nothing happening after so many complaints? If this had happened to my wife while she was walking with our newborn son, we’d have one less person at that bus stop to worry about. The cops should not let it come to that though.”