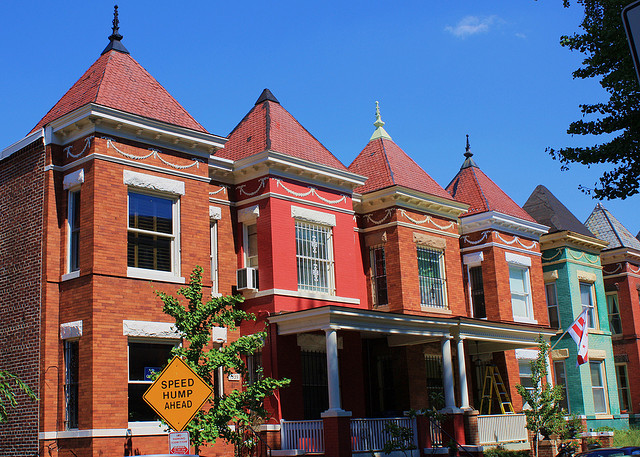 I’m living in Columbia Heights and I suddenly stopped getting packages delivered from UPS. No notes are being left, but online it says they attempted delivery, and when I put delivery instructions to leave it at the door they are ignored. After my fifth call to them, I was told that they recently changed their policies in our area because of too many stolen package claims and they no longer will leave packages, even if you sign for them to be left or put in instructions online.

They also will not deliver to a local store unless you are a My Choice member and pay a fee. There must be plenty of Amazon Prime members in this area, I’m wondering if they are experiencing the same problem? Fedex still leaves packages and we have never had a package go missing, but they claim it’s a neighborhood-wide policy change. Thought getting the word out to the neighborhood might be helpful to deal with UPS to get them to change this new policy, but would also like to hear if others are actually getting packages delivered.”

Anyone else experiencing this in Columbia Heights? Other neighborhoods?

@jmstovall We still deliver packages to that area. It’s the drivers discretion to leave the package without a signature.”

“Re: the Twitter response from UPS: On the phone with UPS, I was told that drivers delivering in the Columbia Heights area no longer had the discretion to leave packages and that they have all been instructed not to leave packages, under any circumstances. We put instructions to leave at the door on My Choice and we signed the note the one time they left one. The day we signed the note, we came home to find it still stuck on the door and when we checked online it said there had been a failed delivery attempt that day. We have also had one failed delivery attempt occur when we were home. It’s entirely possible the information I was given by UPS is incorrect, but even if so, something very odd is going on with their service, just not clear what exactly it is.

Also, I asked about getting my delivery rerouted to the store for free as a result of the inconvenience and the lack of transparency about this policy change in our area and they refused. They suggested that I could instead pick up my package for free from nearby Landover, MD.”

photo by Jennifer “Dear PoPville, Would you know where I may buy local honey?”

photo by DCbmyers “Dear PoPville, There is a young male who walks around the neighborhood on a regular basis, usually asking for money every now and then and sometimes carries…