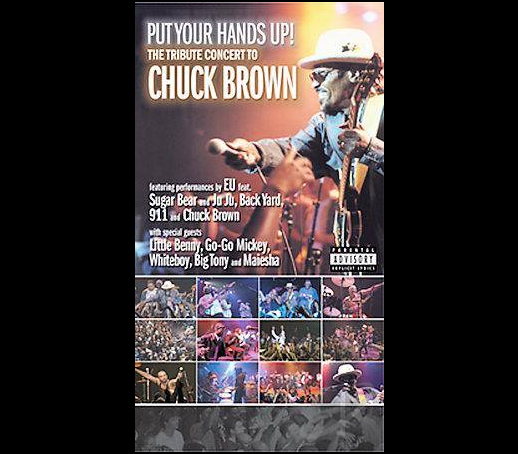 “In 2001, there was a tribute concert to Chuck Brown at the 9:30 Club. We are honored to show this movie the same week that his final album is being released (on 8/19), and the ribbon cutting for Chuck Brown Park (Friday morning 8/22). Gates open at 7 with a DJ playing till dark.

Timber Pizza from Union Kitchen will be selling pizza from their truck (with a % of the sales being donated to Friends of Harrison Rec Center). The just released album will be on sale outside the park. Pick up a copy of the new Chuck Brown “Beautiful Life” CD with new songs by Chuck Brown and new songs by The Chuck Brown Band. Also available are 2 new Chuck T-Shirts. The movie portion will start with a short documentary on GoGo, and then a showing of Chuck Brown playing his tribute concert.

U Street Movie Series – Harrison Field Under the Stars to show Chuck
Brown: Put Your Hands Up! (filmed live at the 9:30 club 2001)

WHO: Admission is free and donations are always welcome and appreciated
(Metro highly recommended)