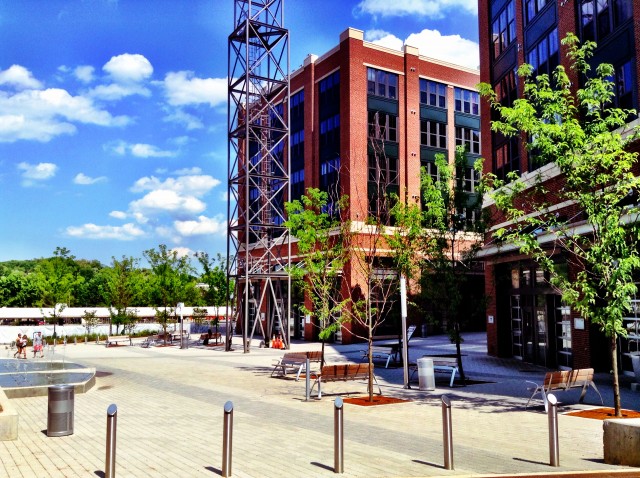 “Washington DC-based paint and sip startup ArtJamz® is expanding and will open its second location this coming fall at The Arts Walk at Monroe Street Market. The ArtJamz Brookland Studio will occupy the corner unit of Studio 24 in Bozzuto’s new mixed use development immediately adjacent to the Brookland-CUA metro station.

ArtJamz joins 26 other artist studios consisting of 40+ artists along with Brookland Pint, Filter Coffee, Busboys & Poets, &pizza and Barnes and Nobles in making The Arts Walk and Monroe Street Market one of Washington DC’s premier artistic destinations. The ArtJamz Brookland Studio is set to open in October in conjunction with the grand opening of Monroe Street Market.

“We couldn’t think of a better situation or location for our second studio than to be surrounded by other artists and like-minded creative businesses. It’s a perfect match,” said ArtJamz founder and Chief Creative Enabler, Michael M Clements.

ArtJamz will continue to operate its public art studio and lounge format where anyone can create an original work of art while enjoying drinks in an upbeat and lively atmosphere; but, it intends to expand its ArtJamz Academy offerings to include more classes and workshops for adults and kids, beginners and professionals alike. The ArtJamz Brookland Studio is situated steps away from the Brookland-CUA metro on the red line along train tracks where much of the city’s best graffiti can be found. As such, ArtJammers can expect classes on the techniques and story behind local graffiti and street art presented in the fun and accessible way which has made ArtJamz the metro area’s leading paint and sip business.

ArtJamz has grown steadily since being founded in March 2010. From 2010 until 2012 it existed only as a roving pop-up party. In March 2012, it opened its first retail location, the 800 sq ft ArtJamz Dupont Studio at 1742 Connecticut Ave NW. It quickly outgrew that and in March 2013 moved to 1728 Connecticut Ave NW, doubling its space. Now in 2014, it will be opening its second location in Brookland. The company has bootstrapped from the beginning and hasn’t taken on investors or loans as it seeks to start franchising in 2015.”