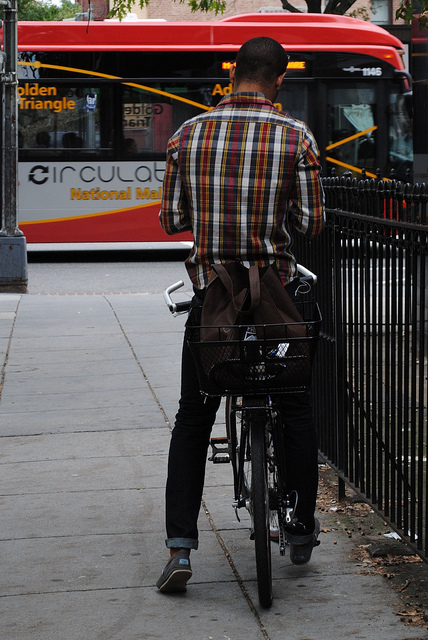 I live on 16th St near the intersection of R St. More and more often i have noticed people riding their bicycles on the sidewalk at all times of day. While it is not illegal I believe it is rude. Last week a woman was riding her bicycle down R St on the sidewalk while ringing her bell for pedestrians and a woman with a stroller to get out of her way. I told her there was a bike lane on R and she replied that it was going in the opposite directions and to use the available bike lanes she would have had to bike two additional blocks to get to her destination. As the current law states that bike riding on the sidewalk is illegal south of Mass Ave she was within her rights if not a bit entitled.

As the population of DC continues to grow and the city center and sidewalks get more crowded i think it is time we update the rules on sidewalk biking. I wanted to reach out to the Popville community and see what their take on it was. Should the boundary be moved up to Florida? What about Columbia Rd? If so who do we reach out to about this?”