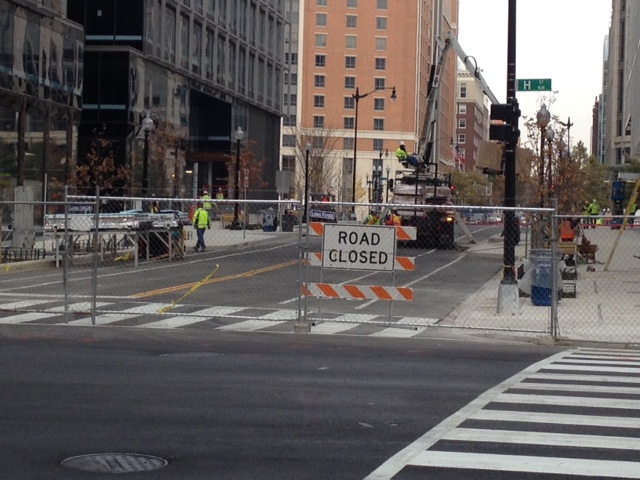 When CityCenter opens, it appears as if the new 10th Street NW between New York Avenue and H Street will be a two-way street (see photo), despite 10th Street being southbound-only from Vermont to R, Rhode Island to New York, and H to Pennsylvania. Does anyone have any information on this? It doesn’t appear as if any of the other segments will be turned into two-way streets, so it seems odd (beyond the retail dimension of CityCenter itself) to have the new segment this way.

I do think it makes a hint of sense since it is very hard to travel northbound in that area (either 7th or 11th Street will get you beyond Massachusetts Avenue, but no streets in between because of one-way streets or super blocks). I don’t understand why both 9th and 10th Streets both need to be southbound one-way streets directly next to each other. Thoughts?”