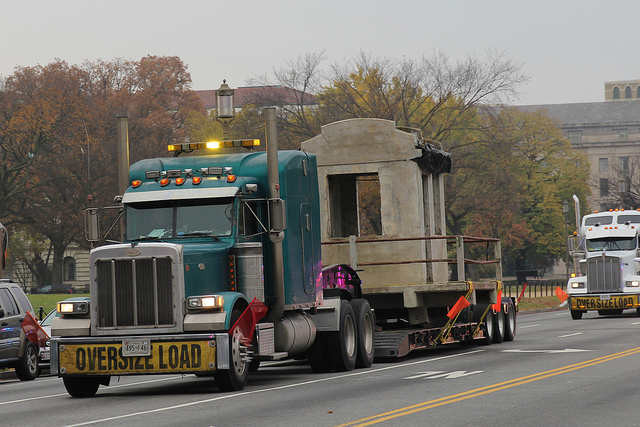 “While it’s still under construction, this morning crews installed two large pieces at the National Museum of African American History and Culture. Because the pieces are so large, continued construction of the building will be built around them.

Weighing 80 tons, a segregated railway train care made by the Pullman Company in 1922 was delivered to DC this morning as well as a prison guard tower from Angola, the Louisiana State Penitentiary. It’s an item illustrating the incarceration of black people in the 20th century.” 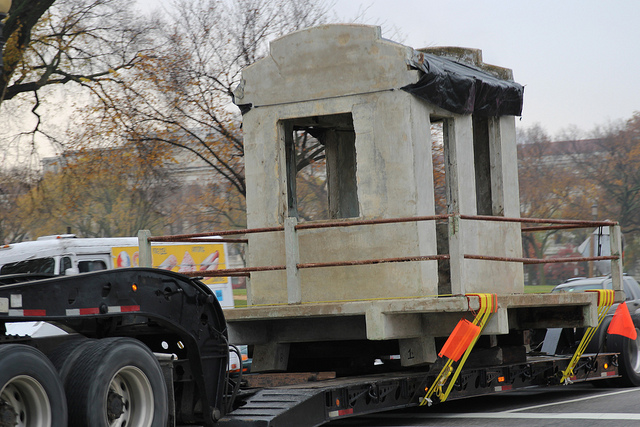