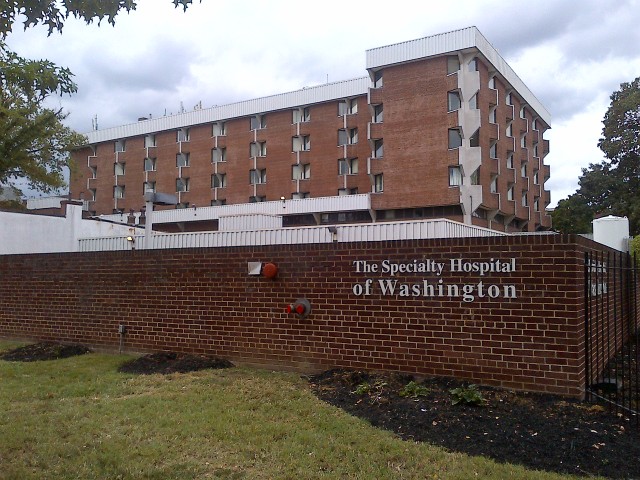 I am wondering if you have any info about the proposed re-development of the Specialty Hospital of Washington DC’s Capitol Hill campus at 700 Constitution Ave NE?

In the last couple of weeks a construction style fence was put up around the perimeter of the property and the hospital appears to be no longer in use. I’ve heard that part of the property will be leased out for developers to re-develop into some sort of condo/apartment property??… Any info would be great.” 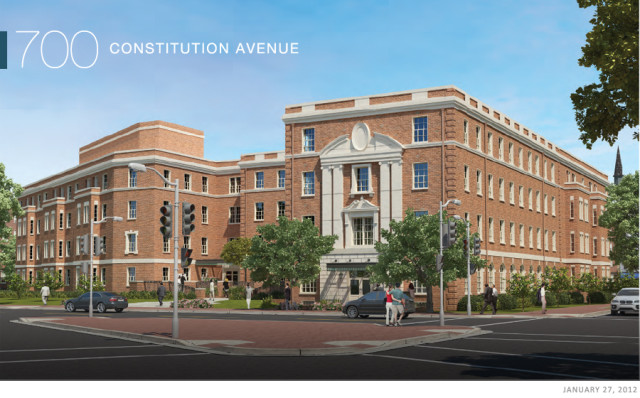 According to IBG Partners:

“IBG Partners is in the process of studying the feasibility of renovating 700 Constitution Ave., N.E., Washington, D.C. 20002 into a Class-A apartment building with approximately 140-units and 86-parking spaces.

The current plans call for the demolition of the low, metal structures added to both the front and rear of the property in the 1970’s as well as the other metal elements at the roof cornice and historic entrance on Constitution Avenue. There will be no increase in the height, FAR, or lot occupancy from these changes. In fact, the lot occupancy will be reduced as a result of the changes. The 8th Street entrance including the doors, canopy, and stairs will also be demolished. The existing roof structures will be demolished and a single new mechanical penthouse will replace them.

Along all street facades, the existing one-over-one windows will be changed to six-over-six windows to match the original windows. Brick bay windows are being added to the portions of the property that were built during the 1950’s and are not considered historic by the D.C. Historic Preservation Office (HPO). The new bays will add interest to what is currently a flat, unadorned exterior and will provide a step down of the building toward the sidewalk. The original building at 8th and Constitution Avenue, N.W. was constructed in 1928 and contributes to the character of the Capitol Hill Historic District. It will be restored as closely as possible to its original exterior condition subject to available documentation. A new entrance to the building would be created on the Constitution Avenue side of the property in the courtyard between the 1950’s and 1928 portions of the building. The plans also provide for a landscaped plaza at the rear of the property.”

Anyone know about the timing of the redevelopment? You can read more about the history of the property here.

Read more →
More Stories
From the Forum – Local Furniture Maker?PoPville PSA/Query – If there is a shutdown, Can Gov’t Employees Use Their Smartrip Cards?