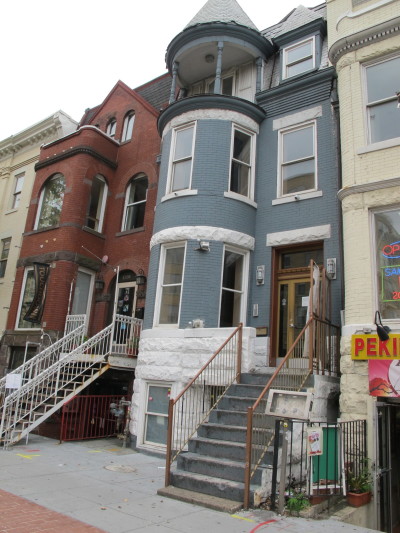 Yesterday we learned that Tabaq had closed for “major renovations” on U Street. Thanks to a commenter for sharing the link from the Cham Restaurant Group announcing Borka Kitchen and Bar (Opening Summer 2013):

“Borka kitchen & bar, will primarily serve modern American comfort food. Located in the heart of the vibrant 14th & U St. corridor. “Borka” translated “coming together” in the native language of wollof from The Gambia, West Africa. Chef / Owner Howsoon H.O. Cham delivers his home style of cooking using ingredients that are organically grown, sustainably produced and purchased from local farmers whenever possible.”

And the Cham Restaurant Group also announces plans for a new restaurant for Truxton Circle:

“The Truxton Kitchen & Wine Bar features a menu of Italian & Local Wines, inspired shared plates and speciality house cocktails. The menu emphasizes such cherished Italian staples as savory crostini, pastas, and cheeses. We use many different local and orgarnic farmers including produce from Mocks Green House and Coastal Produce. Our passionate and educated wine staff are eager to introduce you to your new favorite bottle and to expertly pair it with our food. The name Truxton Kitchen & Wine Bar derives its name from Truxton Circle which contains late 19th-century houses and historical schools, including Armstrong Manual Training School (where Duke Ellington received his high school diploma) and the original Dunbar High School, the first all-black public high school in the United States. The neighborhood is currently home to several parks and playgrounds, such as Truxton Park, which lies at the corner of First Street and Florida Avenue.”