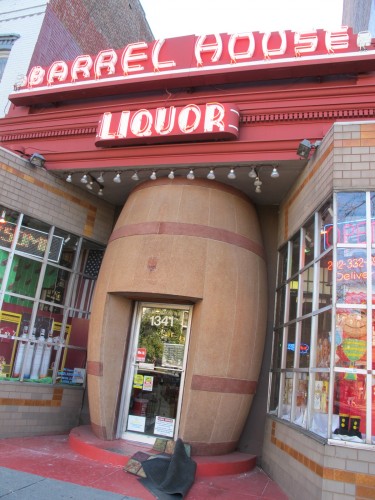 From an ABRA press release:

District of Columbia Mayor, Vincent C. Gray, signed yesterday the comprehensive “Omnibus Alcoholic Beverage Regulation Emergency Amendment Act” (Bill), which is now in effect on an emergency basis. The Bill was authored by Ward 1 Councilmember Jim Graham based on the recommendations of an ABC Working Group, which was formed in December 2011. The Council adopted the Bill on December 18, 2012.

The Bill also requires that ABRA conduct free orientation classes for new licensees as well as the general public on existing ABC laws and regulations, noise abatement and sound management, and working proactively with Advisory Neighborhood Commissions, neighborhood and business groups, and residents. The first orientation class has been scheduled for Tuesday, March 12, 2013, at 2 p.m.

Additional highlights of the Bill include: allowing licensees to electronically store books and records on-premises; increasing from 14% to 15% the alcohol content that may be sold by off-premise retailers that sell wine and beer; changing the term Voluntary or Cooperative Agreement to Settlement Agreement; clarifying the provisions that are permitted to be included in a Settlement Agreement; creating a new permit to allow for Wine Pubs; amending the requirements of a Security Plan; and requiring ABRA to implement a complaint program that receives and addresses noise complaints in real-time.

Please refer to ABRA’s website, www.abra.dc.gov, to find the full text for The Omnibus Alcoholic Beverage Regulation Amendment Act of 2012 and for further information regarding its implementation.