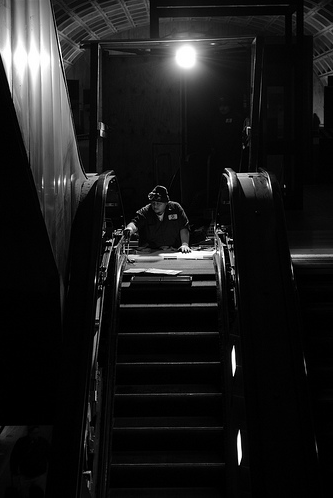 Metro has awarded a $151.1 million contract for the replacement or modernization of 128 of the system’s 588 escalators by 2020 — a key part of General Manager Richard Sarles’ multi-year capital rebuilding effort known as Metro Forward. The contract was awarded to KONE Corporation through a “best value” procurement that allowed Metro to consider factors other than price, including technical excellence and past performance.

“Today’s contract award advances our commitment to improve escalator reliability for our customers for years to come. This is about reconstructive surgery, not Band-Aid solutions,” said Richard Sarles, Metro General Manager and CEO. “While we have already seen improvement in escalator availability as a result of better maintenance practices and resources, there are some escalators that are beyond their useful life and need to be replaced or completely overhauled.”

For a list of escalators to be replaced or modernized, as well as additional detail, please see the news release after the jump

The stations where escalators will be replaced or modernized are:

Under the contract, up to 128 escalators will be replaced. However, 20 units may not qualify for replacement because current escalator code requires that replacement escalators be covered from precipitation. There are several stations where Metro may not be permitted to install canopies, such as Archives and Smithsonian stations.

All of the new escalators will meet the new American Public Transit Association escalator standards for use in a demanding, high-volume transit environment.

The next escalator replacement project will begin in less than a month at Pentagon Station, where three of the station’s six entrance escalators will be replaced. The nine new escalators at Pentagon, Foggy Bottom and Dupont Circle are in addition to the 128 escalators involved in today’s award.

Metro’s escalator reliability improved in 2012 as a result of better preventive maintenance and recent replacement and rehabilitation projects. Escalator availability was up seven percent in the most recent quarter for which data is available (July through September 2012) as compared to the same period the previous year. In addition, fewer escalators went out of service unexpectedly during the quarter (down 14 percent) and repairs were less time intensive, indicating that the underlying health of Metro’s escalators is improving.

Read more →
More Stories
“The District of Columbia now joins 37 other states that permit liquor stores to be open on Sundays”Astro Doughnuts Popping Up Again at Chinatown Coffee Co. Jan. 18 and 19