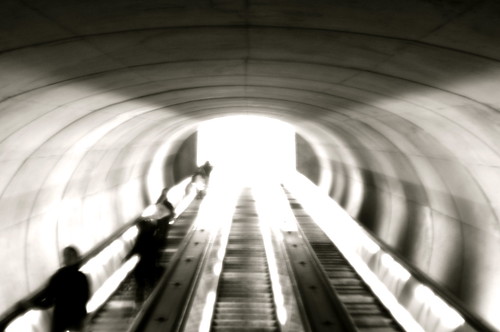 I just wanted to give everyone a heads up that there have apparently been a rash of robberies on the metro recently. I was just on the Yellow/Green line from L’Enfant at the Convention Center stop and was playing on my iPhone (not listening to music) when a kid snatched it from my hand and ran off the train. I’m not sure about this, but I think he was with a group of guys (based only on the fact that when I yelled “stop that guy” they just looked at me as he ran by). I had left my bag on the train so I couldn’t run after him, but did get the opportunity to call him a few choice names.

Anyway, I wanted to let you know because the station manager said that this has been happening a lot lately; as I was giving my report to the transit police another report came in about someone else who had their watch stolen in the same manner.”

Please be careful. I seem to recall these incident increase during the holiday season.