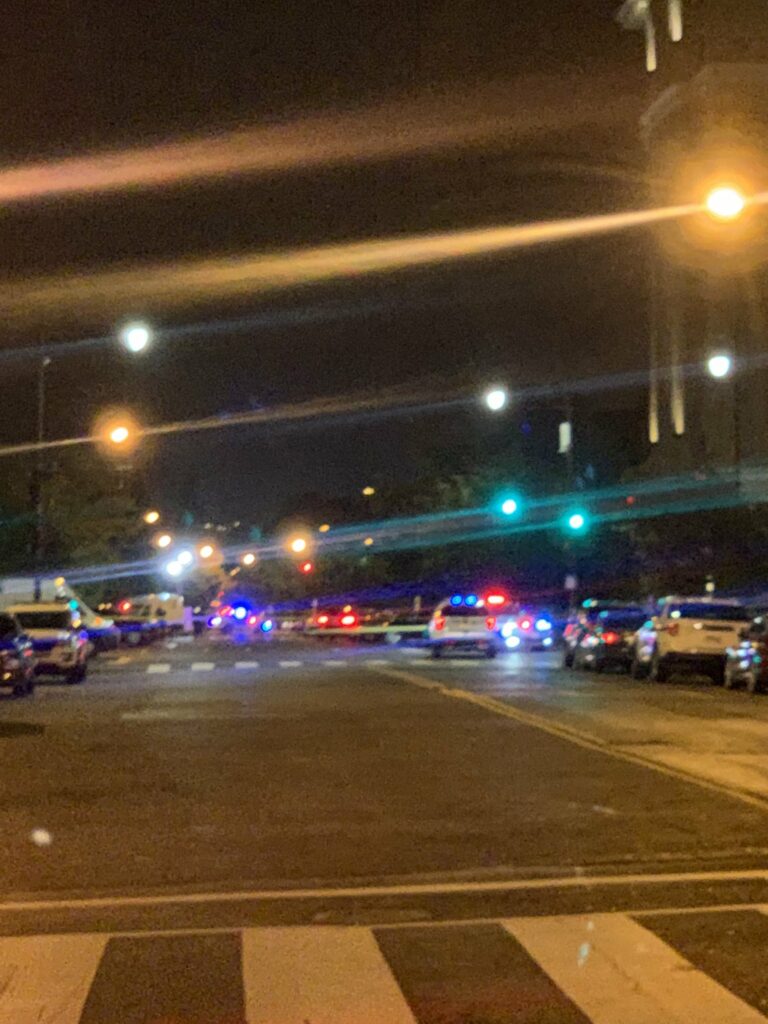 Readers reported: “heard at least 15-20 shots, definitely some from a semi-automatic, from 9th and O around 9:30 PM.”

Just before 6pm a reader passed on a note from their building (1300 block of Kenyon street, nw):

“Please be advised that there was a shooting in the alleyway behind the building. At this time we do not have many details but all footage captured will be forwarded to the police. The police will be conducting an investigation and access to the garage from Kenyon Street has been blocked off. It would be best to use the 1300 block of Irving street to enter the alleyway.

Please continue to use caution as you enter and exit the building.”

“Detectives from the Metropolitan Police Department’s Third District seek the public’s assistance in identifying suspects in reference to an Assault with a Dangerous Weapon (Gun) offense that occurred on Tuesday, September 14, 2021, in the 1300 block of Kenyon Street, Northwest.

The suspects were captured by a nearby surveillance camera and can be seen in the photos and video below:

Anyone who can identify these suspects or who has knowledge of this incident should take no action but call police at (202) 727-9099 or text your tip to the Department’s TEXT TIP LINE at 50411.”

“Dear PoPville, I’ve tried my local listserv, facebook group etc with no luck, so you’re my last hope! Sunday I found this envelope tucked under the windshield wiper of my…

From Congresswoman Norton’s Office: “Congresswoman Eleanor Holmes Norton (D-DC) today, on the 131st anniversary of the creation of Rock Creek Park, reintroduced her bill to rename it “Rock Creek National…

Read more →
Dear PoPville, metro, What the Helen of Troy is This