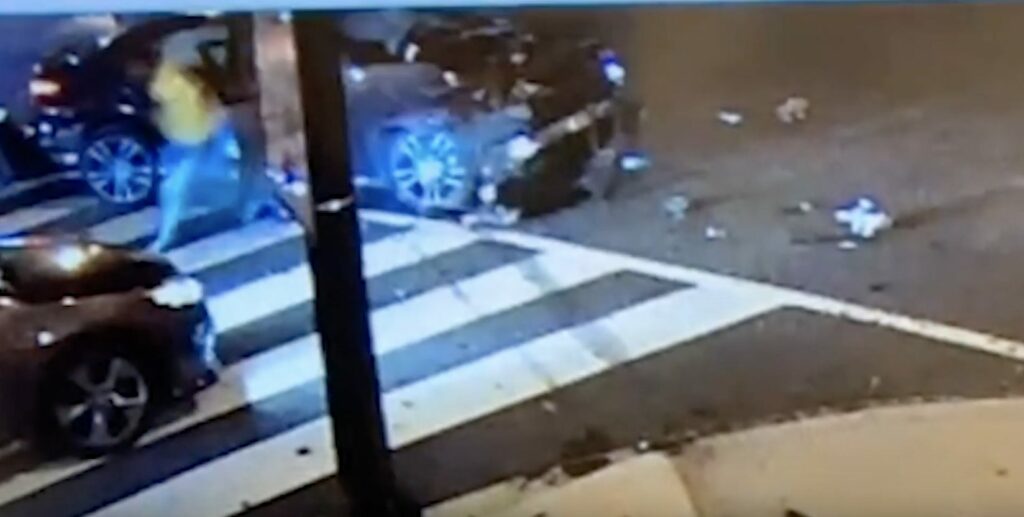 “Detectives with the Metropolitan Police Department’s Major Crash Investigations Unit are investigating a vehicular homicide resulting from a hit and run that occurred on Saturday, July 3, 2021, in the intersection of 14th and K Street, Northwest.

The preliminary investigation revealed that at approximately 12:54 am, the driver of a Acura TLX was traveling north bound, at high rate of speed north, in the 900 block of 14th Street, Northwest. The Acura proceeded through a red traffic light at the intersection of 14th and K Street, Northwest, and collided with a Hyundai Elantra, which was traveling east bound on K Street NW. The Acura pushed the Hyundai north bound through the intersection, where a BMW X5, collided with the driver’s side rear of the Acura.

The BMW was initially traveling east bound, in the left lane of the 1400 block of K Street prior to the crash. As the BMW and Acura slid north bound through the intersection, a Nissan Maxima that was traveling west bound in the 1300 block of K Street NW, collided with the passenger side of the Acura. The Acura, BMW, and the Nissan came to final rest in the northeast corner of the intersection. The Hyundai departed from the Acura and momentum of the collision caused the Hyundai to travel sideways where the vehicle came to final rest on the northeast sidewalk of 14th and K Street NW. The driver and passenger of the Acura both fled the scene on foot. DC Fire and EMS transported the operator of the Hyundai to a local hospital for treatment of life-threatening injuries. The drivers of the BMW and Nissan were treated on scene and released.

On Sunday, July 4, 2021, after all life-saving efforts failed, the victim was pronounced dead. The victim has been identified as 20 year-old Jamya Williams, of Greenbelt, MD.

The persons and vehicle of interest were captured by a surveillance camera and can be seen in the video below:

The Metropolitan Police Department currently offers a reward of up to $25,000 to anyone that provides information which leads to the arrest and conviction of the person or persons responsible for this vehicular homicide that was committed in the District of Columbia. Anyone with information about this case is asked to call the police at 202-727-9099. Additionally, anonymous information may be submitted to the department’s TEXT TIP LINE by sending a text message to 50411.”