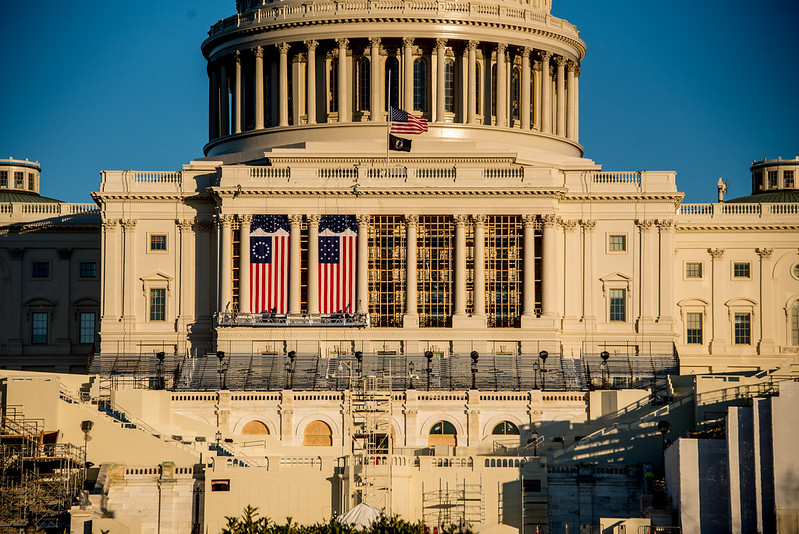 From the Office of the Mayor:

Following the unprecedented terrorist attack on the United States Capitol on Wednesday, January 6, 2021, and the continued threat of related violence in the District of Columbia, we are extremely concerned about the upcoming National Special Security Event (NSSE) led by the United States Secret Service. We believe strongly that the 59th Presidential Inauguration on January 20 will require a very different approach than previous inaugurations given the chaos, injury, and death experienced at the United States Capitol during the insurrection. While I will be reaching out to a broad range of local, regional, and federal partners to enhance cooperation among our bodies, I strongly urge the United States Department of Homeland Security to adjust its approach to the Inauguration in several specific ways.

First, the District of Columbia is requesting the Department extend the National Special Security Event period to run from Monday, January 11 to Sunday, January 24, 2021. This is an increase from the current period of January 19 to January 21, 2021, which will allow for better Federal and District government interagency preparation for the Inauguration, given the new threats from insurgent acts of domestic terrorists. Further, the District strongly recommends that you secure the permission of the Congress of the United States to include the Capitol and its grounds in the NSSE perimeter.

In addition, I ask that the Acting Attorney General at the Department of Justice direct the Federal Bureau of Investigation to provide an intelligence and threat briefing on a daily basis during the period of January 11 – 24, 2021, to the DC Homeland Security and Emergency Management Agency (HSEMA) and MPD and all law enforcement entities operating in the District of Columbia.

Further, I am requesting that the Secretary of the Department of Interior cancel any and all Public Gathering Permits in the District of Columbia and deny any applications for Public Gathering Permits during the period of January 11 – 24, 2021. We have made this request repeatedly since June 2020 because of the COVID-19 pandemic, and this week demonstrated the National Park Service’s willingness to approve last minute permits and major adjustments.

The requests outlined herein — if issued swiftly and communicated broadly — are essential to demonstrating our collective resolve in ensuring the Constitutional transition of power and our nation’s capital in the days leading up to it. And like with previous inaugurations and NSSEs, the District of Columbia will host a press event for agencies engaged in the NSSE to brief the public on the plan and coordination among our agencies. We look forward to federal participation.

Dr. Christopher Rodriguez, Director of HSEMA, is my point person on this request and is available to provide you with any additional information. He can be reached at [REDACTED] or [REDACTED]. Thank you for your immediate attention and reply to these requests.