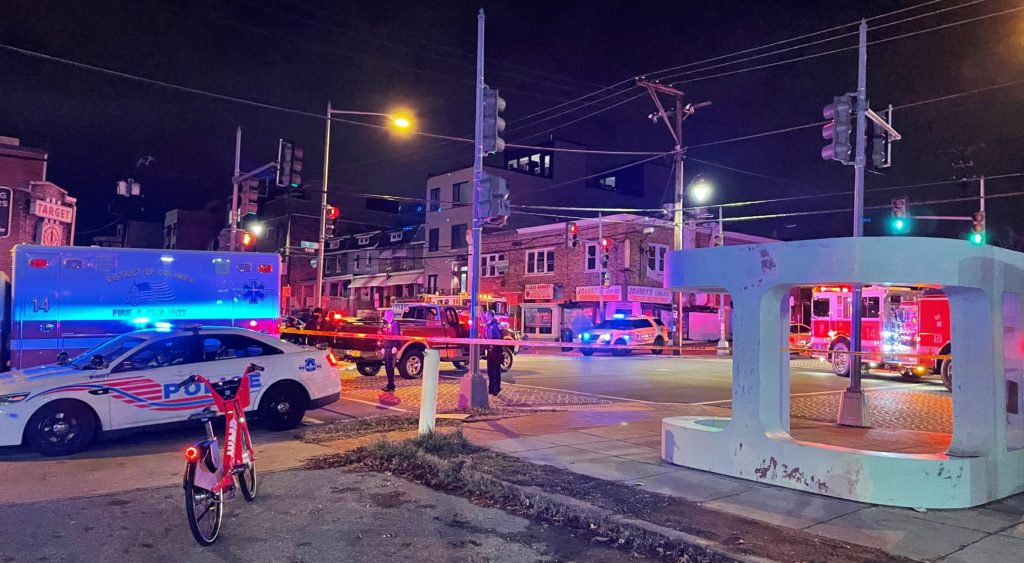 “On Monday December 14, 2020 at approximately 8:26 PM , Fourth District officers responded to sounds of Gunshots in the 4800 block of 4th Street NW. One adult victim was shot multiple times in the leg

and is being treated at a local hospital. This case is being investigated by the Fourth District Detective’s Office. Anyone with information related to this is urged to call MPD at 202-727-9099 or to text anonymously to 50411″

Readers report: “Shot at 4th and Delafield, and found at 5th and Kennedy.”

“Just heard 15 shots near Barnard Elementary around 8:30 pm. Cops sped up 4th St within 2-3 minutes and a helicopter followed not long after. A neighbor says she only heard 6 shots, so maybe I was hearing double from echos off the school facade.”