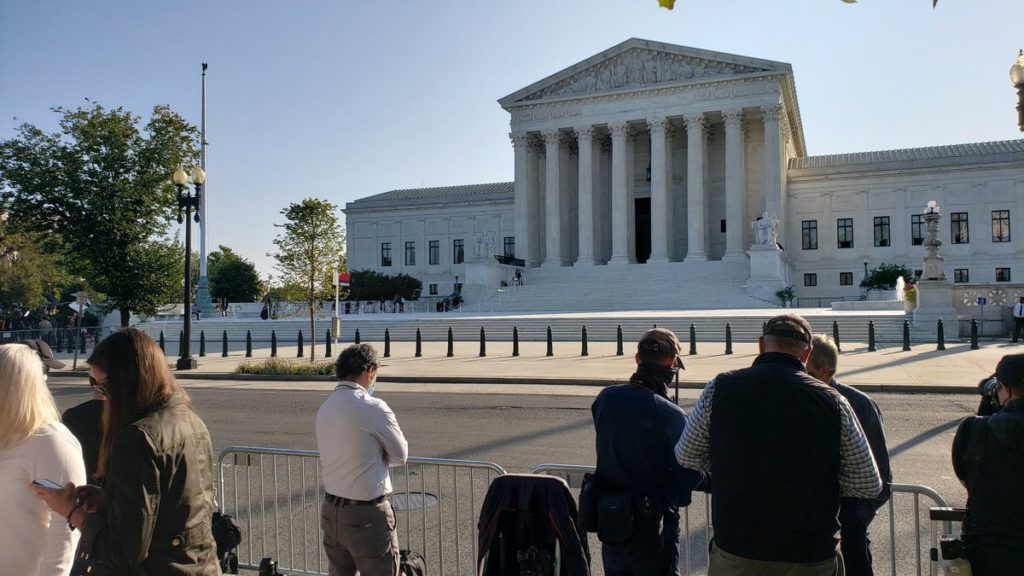 Thanks to Phil for sending. From the Supreme Court:

“Associate Justice Ruth Bader Ginsburg will lie in repose at the Supreme Court of the United States on Wednesday, September 23, and Thursday, September 24. The casket will arrive in front of the Court just before 9:30 a.m. on Wednesday. A private ceremony will take place in the Great Hall at 9:30 a.m. attended by Justice Ginsburg’s family, close friends, and members of the Court. Following the private ceremony inside, Justice Ginsburg will lie in repose under the Portico at the top of the front steps of the Building to allow for public viewing outdoors.

Former law clerks to Justice Ginsburg will serve as honorary pallbearers and will line the front steps as the casket arrives. Supreme Court police officers will serve as pallbearers. The Justices will remain inside the Great Hall where the casket will be placed on the Lincoln Catafalque, which has been loaned to the Court by the U.S. Congress for the ceremony. A 2016 portrait of Justice Ginsburg by Constance P. Beaty will be on display in the Great Hall.

A private interment service will be held next week at Arlington National Cemetery.” 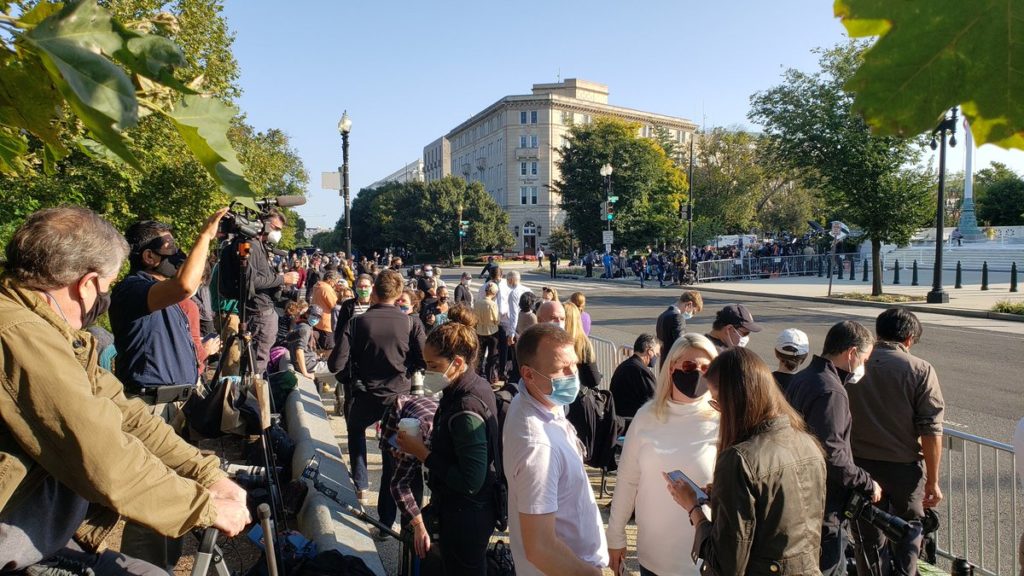 And preserving for posterity some of the many, many tributes to RBG prior to removal: 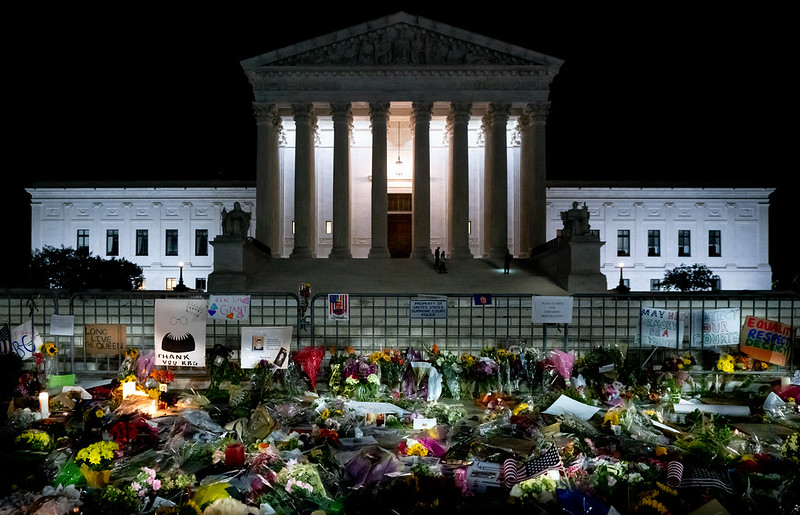 “Justice Ginsburg was born in Brooklyn, New York, March 15, 1933. She married Martin D. Ginsburg in 1954. She received her B.A. from Cornell University, attended Harvard Law School, and received her LL.B. from Columbia Law School. She served as a law clerk to the Honorable Edmund L. Palmieri, Judge of the United States District Court for the Southern District of New York, from 1959-1961. From 1961-1963, she was a research associate and then associate director of the Columbia Law School Project on International Procedure. She was a Professor of Law at Rutgers University School of Law from 1963-1972, and Columbia Law School from 1972-1980, and a fellow at the Center for Advanced Study in the Behavioral Sciences in Stanford, California from 1977-1978. In 1971, she was instrumental in launching the Women’s Rights Project of the American Civil Liberties Union, and served as the ACLU’s General Counsel from 1973-1980, and on the National Board of Directors from 1974-1980. She was appointed a Judge of the United States Court of Appeals for the District of Columbia Circuit in 1980. During her more than 40 years as a Judge and a Justice, she was served by 159 law clerks.

While on the Court, the Justice authored My Own Words (2016), a compilation of her speeches and writings.” 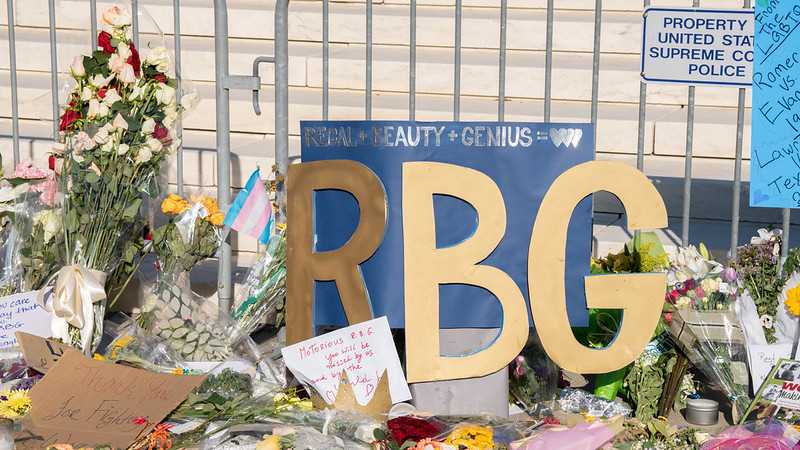 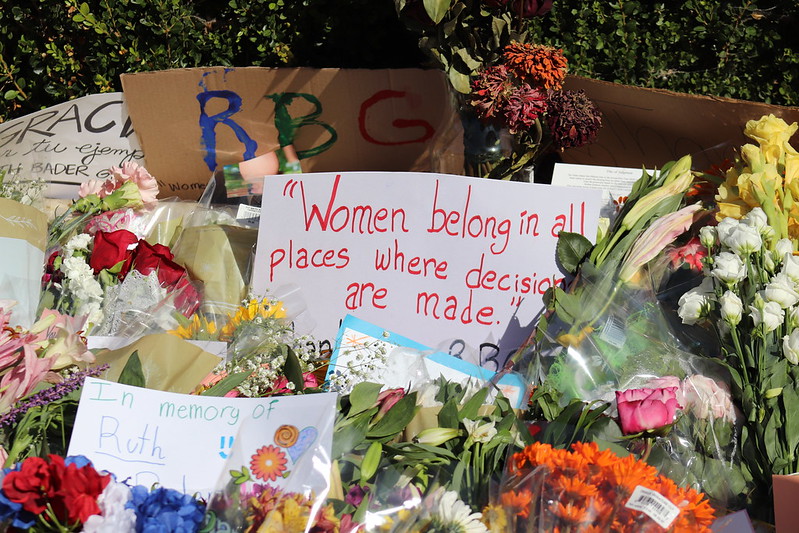 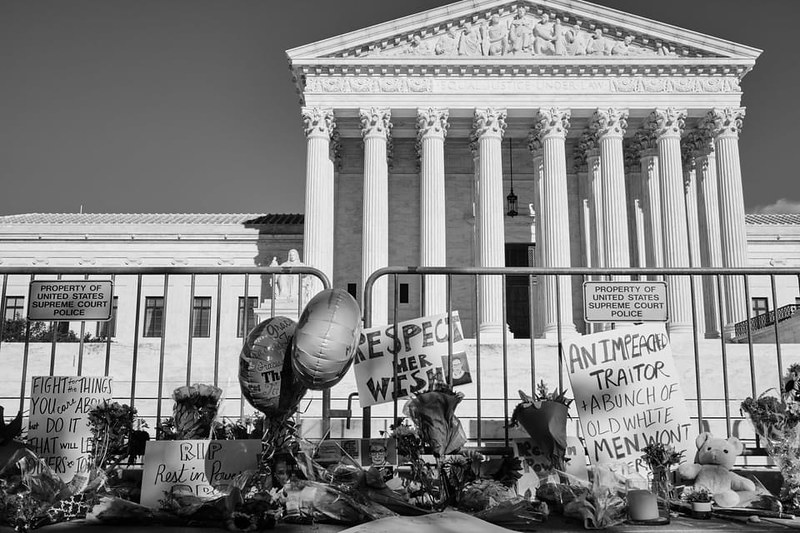 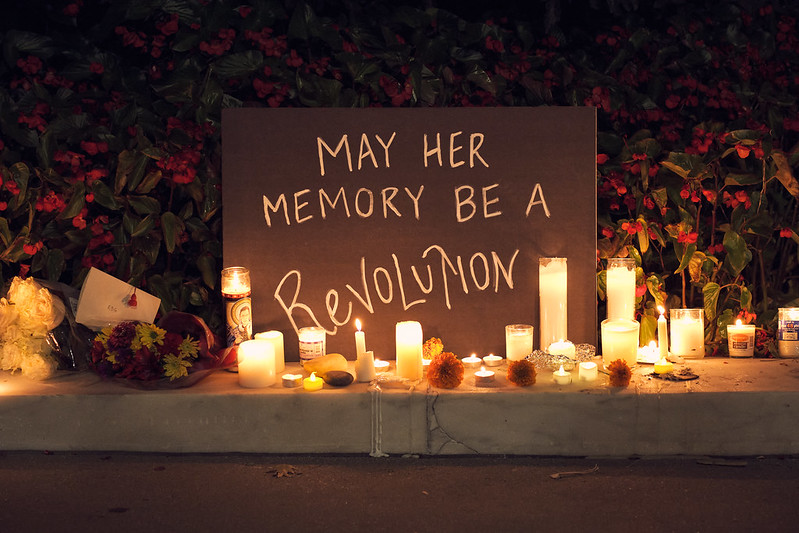 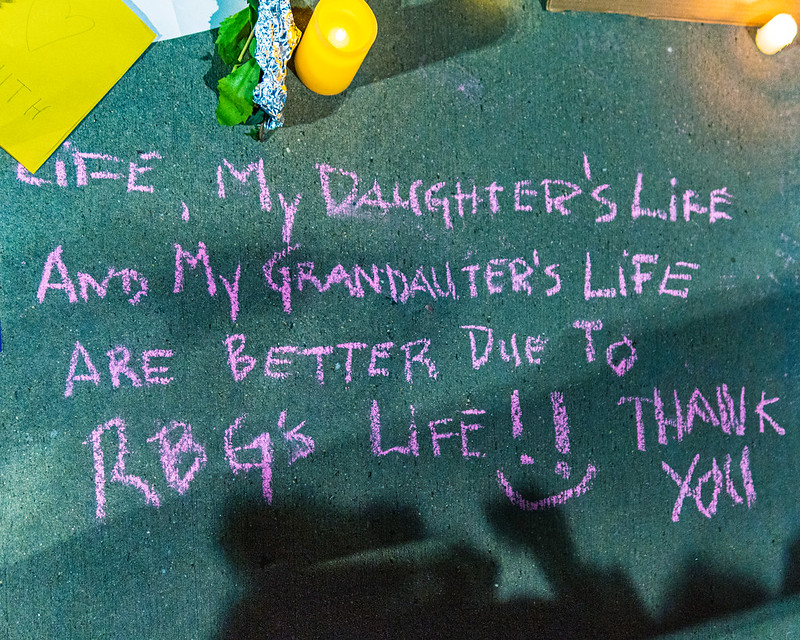 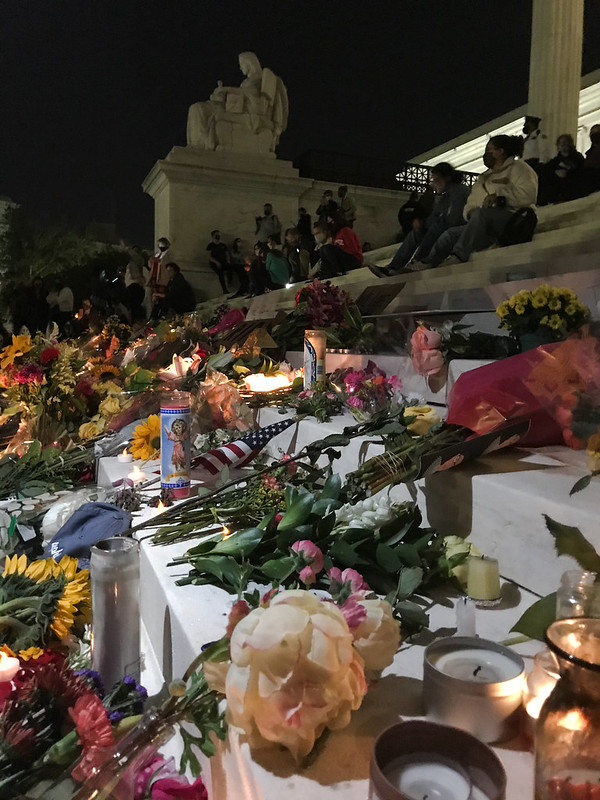 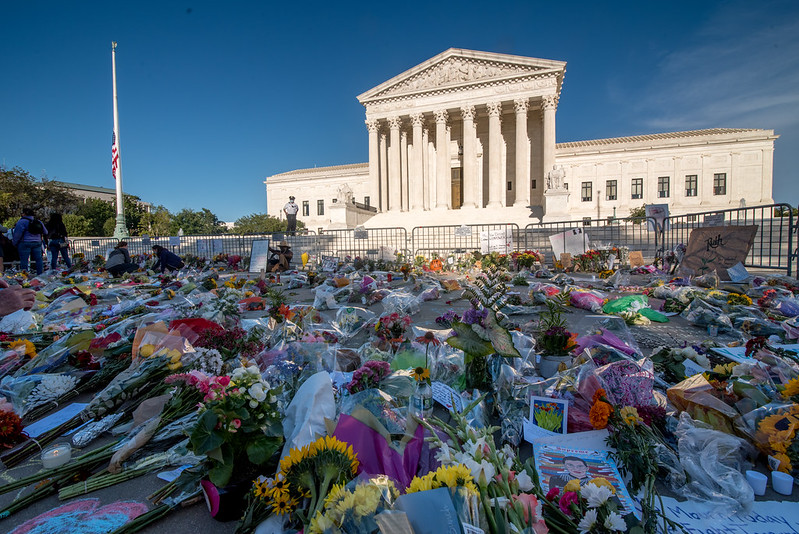 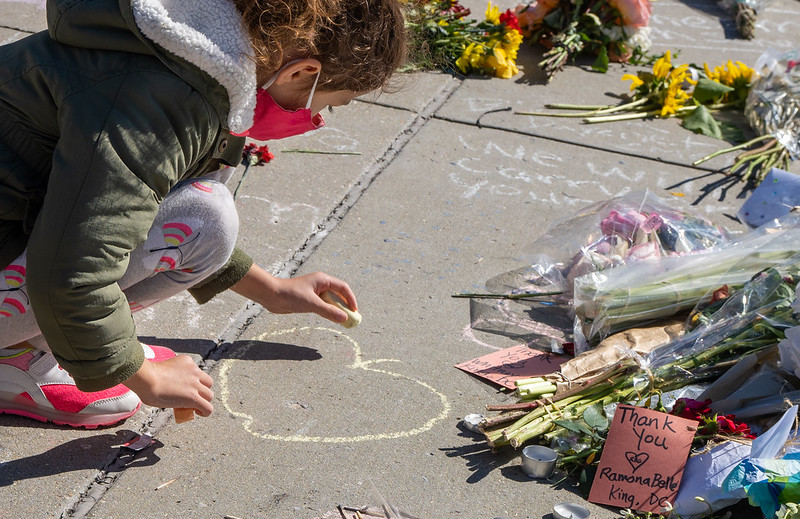 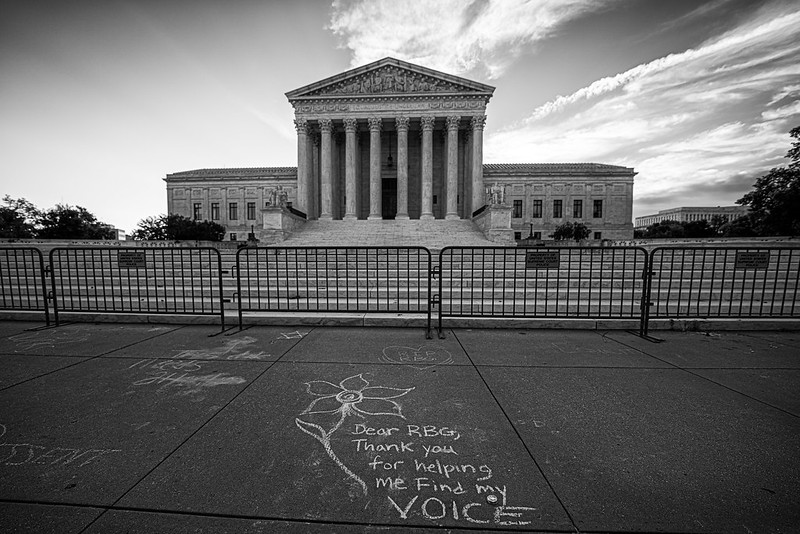