Email signup
Search
Helicopters, What the Helen of Troy is This 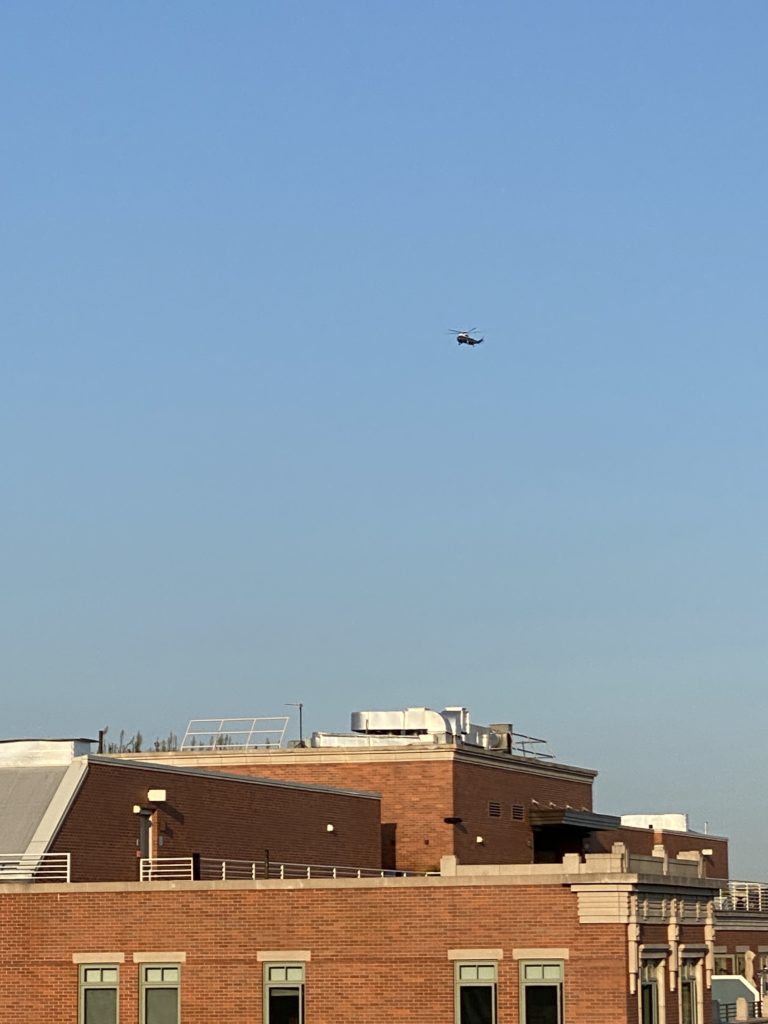 Jax (and others) with some serious frustration yesterday (to see in real time follow @PoPville on twitter):

“Why are the circling just about daily in certain areas in DC?”

Some responses: “In addition to the Marine one and decoys, park police starts circling 20 mins before each lift off and touch down.”

“1st Helicopter Squadron out of Andrews in holding patterns waiting for National traffic to clear for transport of minor VIPs.”

“For at least the past 30 min, a single Marine One (Presidential) Helicopter has been circling my neighborhood from about 12th St NW to 7th and M St NW to P. This is definitely not normal! What is going on?”

“Holding pattern. Standard military procedure, just sucks that is was over a residential area. Maybe they wanted to check out the Logan circle/Shaw area today.”

“At the time you saw it, Trump was about to leave the White House on Marine One headed to Andrews.

Marine One always flies with several identical decoy helicopters, this is one of them.

The decoys maintain holding patterns over DC while waiting for Marine One to leave the WH.”

“Unfortunately, the two decoy helicopters that always accompany Marine 1 from the WH to Andrews with POTUS have long used this exact area to “orbit” as they kill time and wait for POTUS to lift off. so in addition to ALL the (too many!) choppers over DC, this specific area (14th and U St, NW) gets it worse anytime Trump is on the move.”

“We got them here too in Mt Vernon Area. It’s even worse when they go past midnight”

“Marine One has, oddly, been doing laps today too”

Also the prototype Marine One did a few laps around DC yesterday. pic.twitter.com/isPLAuHazg